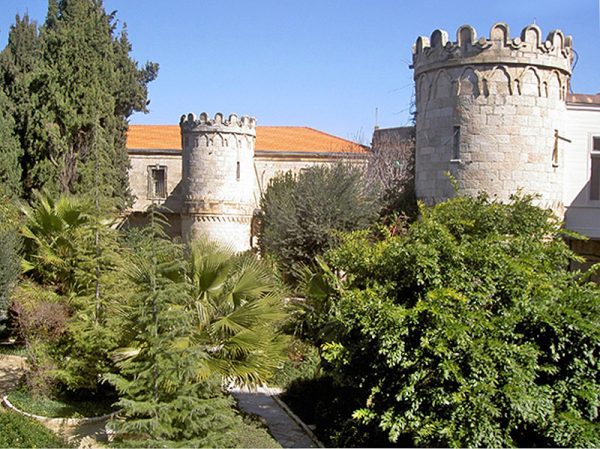 PRESS RELEASE: ON THE SITUATION IN UKRAINE

The Orthodox Palestine Society/USA Section* expresses its dismay at the external interference in the life of Orthodox Christians in Ukraine.

The Ukrainian Orthodox Church obtained autonomy from the Russian Orthodox Church (of which it had been an integral part for centuries) in the early 1990’s following the collapse of the USSR. It is the only canonical [ecclesiastically legal] church in Ukraine. It is currently headed by His Beatitude Metropolitan Onouphry of Kiev and All Ukraine, a pious and revered hierarch, who, together with his bishops, monastics and clergy, ministers to millions of Ukrainians. It is recognized by every Local (National) Orthodox Church in the world.

A brazen attempt was recently made by Patriarch Bartholomew of Constantinople to offer “autocephaly” (limited independence) to two unrepentant schismatic groups in Ukraine, the leaders of which were defrocked for immorality, who then established their own church-like structures. These groups claim only a minority of adherents in Ukraine and are not recognized by any other canonical Orthodox Church (Antiochian, Jerusalem, Serbian, Polish, etc, or until very recently, the Constantinople Patriarchate itself!).

The canonical Ukrainian Orthodox Church—already enjoying broad autonomy–requested no such autocephaly from Constantinople and now suffers pressure from the Ukrainian state and far-right elements of Ukrainian political society to enter into this false church-like entity. Dozens of churches of the UOC have been confiscated, and physical violence has been suffered by their clergymen and congregants. Under threat are the world-renowned monasteries Kiev-Caves Lavra and Pochaev Lavra. (An inventory of the Kiev Lavra has already been made by the current authorities.)

The West, as part of its effort to influence events in Ukraine and the surrounding region, is enabling the current Kievan government under Petro Poroshenko along with the Constantinople Patriarchate to illicitly and with a heavy hand meddle in the affairs of the legitimate, autonomous Ukrainian Orthodox Church.

This violates the independence of the Church guaranteed by the Constitution of Ukraine.

We feel duty-bound to express our support for His Beatitude Metropolitan Onouphry, his millions of clerics and flock, and we call for the cessation of external meddling that will only wreak increased strife in the region, which is already suffering under the recent political upheaval.

*The Orthodox Palestine Society/USA Section is a lay organization established in 1969 comprised of US citizens. During the 20th century, the United States assured our religious freedom in a difficult time for the Orthodox Church. The OPS supports the Orthodox Christian presence in the Holy Land. Its roots date back to the late 19th century, when tens of thousands of faithful from Russia, Ukraine, Belarus and other regions of Imperial Russia and other countries made pilgrimages to Palestine. In addition to scholarly and archaeological work, the OPS provided housing, food and medical attention, and built hospitals and schools for local children throughout Palestine.