Source: Pravmir.ru
The city’s only church, in honor of the holy Apostle, stands on this street.
Natalya Mihailova | 04 April 2014
April 2, 2014. PRAVMIR. By decision of the city authorities, a street in Kerch has been named after the Apostle Andrew the First-Called. 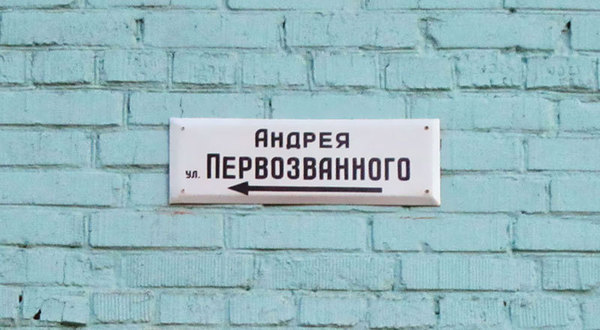 The city of Kerch has a church named after the Apostle Andrew the First-Called registered on Stepnoy drive, writes blogger Constantine Khodakovsky. Through its rector, Archpriest Nicholas Zinkov, and the rural dean, Archpriest Vladimir Kraplin, the church’s parishioners appealed to the city authorities to rename the street in honor of St. Andrew.

On March 28, at the 46th session of the Kerch city council of the 6th convocation, the parishioners’ petition was approved by the Commission, following the previously accepted decision to name streets and objects of local jurisdiction in compliance with the Ukrainian law “On Freedom of Conscience and Religious Organizations.”

After this decision, a ​​special street sign was made. Now the church’s address is 2 St. Andrew Street.

In honor of the street’s new name, celebrations in the city were headed by Archbishop Anatoly of Kerch.