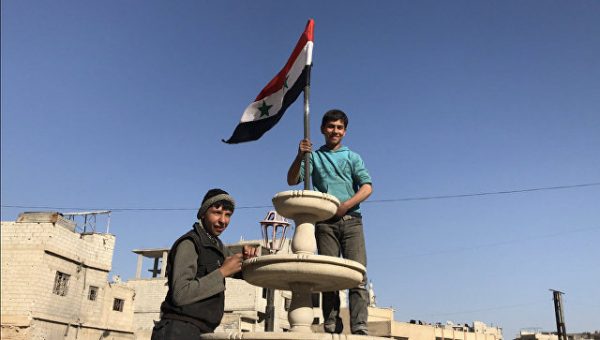 Youth delegation from Syria on the initiative of the «Young guard «United Russia» in July-August to visit Russia, a return visit of the Russian youth may be held in the fall, reported RIA Novosti the Chairman of the coordinating Council MHER Denis Davydov.

Davydov visited Damascus 6-10 June in the party delegation led by the President of the Patriotic platform EP Dmitry Sablin. During the visit, he said, held a series of meetings, including with the leadership of the ruling party «Baath» and Syrian President Bashar al-Assad.

«I suggested the youth organization of the «Baas» to visit Russia this summer and participate in «the Territory of meanings». The initiative was supported by Syrian President Bashar al-Assad. By prior arrangement, the visit may take place in late July — August. We also discussed the possibility of a return visit of the Russian youth in Syria in the autumn of current year», — said Davydov.

He said that the delegation will include young politicians, social activists, businessmen and representatives of creative community. It is planned that the Syrian youth will meet with activists of «United Russia» and «Young Guard» and the young deputies of the regional and Federal parliaments.

In addition, the planned visit to change the «Effective policy» of the all-Russian educational forum «Territory meanings on the Klyazma», as well as cultural and historical sites in various cities of Russia. According to Davydov, during the visit of the youth organizations of the party «Baas» in Russia it is planned to sign an agreement on cooperation.

«I am convinced that the development of socio-economic relations between the Syrian Arab Republic and Russia need to start with building communication between young people representing different spheres of activity», — concluded the Agency interlocutor.

Following the visit of the delegation of «United Russia» in Damascus in April this year an agreement was signed between the EP and the «Baas». The parties agreed to develop a working map for the implementation of the agreement, which established a working group, co-chair of which was Sablin.