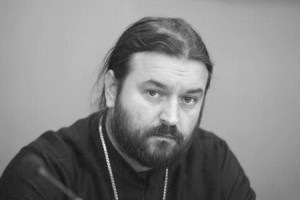 What are three centuries? With what can they be compared? That’s the amount of time that’s elapsed from Peter the Great up to our own days. That’s straight from the Battle of Poltava up to the regular elections in the State Duma or the Verkhovna Rada. Is that a great historical period? Very much so! It’s enormous not just in terms of years, hours, and minutes, but more importantly in terms of inner eventfulness! And one needs to try to imagine the event-load of such a long period, because such a period separates the loss of Christ’s Cross from its finding and, hence, its Exaltation.

Take another three hundred years, give or take a few. Everywhere this will be one or several epochs. From the discovery of America to the French Revolution are approximately as many years. From the Lutheran Reformation to Napoleon are about the same. Perhaps in China during these years they did not manage to replace dynasties and disrupt the metrics of customary verse. But in the Christian world during these three hundred-some years a number of events took place that is unimaginable for the ordinary consciousness. Such is the period of time from Christ’s Resurrection to the finding of His Cross.

These are three centuries during which Jerusalem was razed to the point of no stone lying over stone, as was prophesied. Then the city was rebuilt, but with a different name and without the restoration of the Temple of Solomon, as well as without the memory of Christ’s suffering and resurrection. All the most important things connected with the city of David and Christ, the Son of David, were covered under a double layer of oblivion and deliberate neglect. And it was precisely during these centuries that the Church experienced a period of intensive growth. Like a tree, it sent out roots in all directions. It grew mysteriously, hidden from prying eyes, catacomb-like, but penetrating everywhere: both in royal palaces and the shacks of commoners. It grew up without any governmental support; on the contrary, under conditions of fierce governmental opposition that periodically gave way to persecution. “But the word of God does not fit,” and in time the secretly-praying Church became such that it was impossible not to notice. 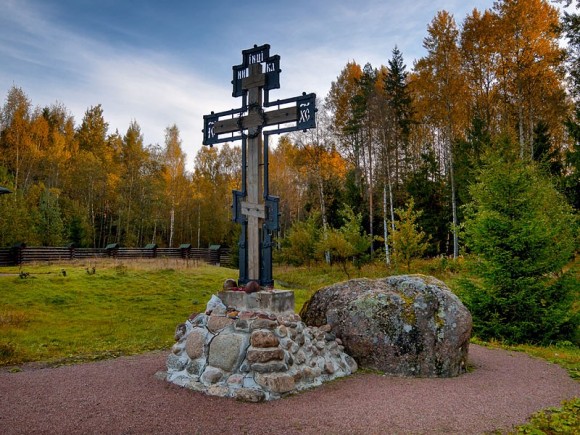 It finally came time for the Cinderella to reveal herself in all her glory. The persecution subsided, the churches grew, and the Emperors bowed before the Cross. Only then did the thought arise to find the Lord’s Cross.

Let this be one of the first and main lessons of this feast day. The inner growth of the Church, its real development, was possible only under the conditions of the violation or loss of its most important holy things, or of the impossibility of their openly veneration. The Church subsequently lost its sacred things more than once; it lost them with such pain and shame that going on living seemed impossible. Imams led Muslim prayers in Holy Wisdom in Constantinople. In a deserted Holy Wisdom in Kiev grew trees under the Uniates, while birds had nests inside. In winter and summer, until not that long ago, steamed a chlorine swimming pool on the site of the Cathedral of Christ the Savior. But the Church continued to live, losing something on the outside, but gaining riches on the inside.

Then came yet another historical shift, and the situation changed. That which had been lost was found; that which had been forgotten was remembered; and that which had seemed forever tarnished shone again. For the place of Christ’s Passion to be crowned with a church, and for the Cross of Redemption to be found on earth, God found a good woman: the Empress Helen. God always needs a certain someone who does not want to sleep among the general slumber and who will not suffer amnesia amidst the general indifference. Such is the law of rebirth, since not everyone can be born immediately.

Helen undertook a journey to Jerusalem. She found the place of Christ’s suffering, on which place was then found… a temple of Venus. A temple of the “patron of prodigal pleasures” was, it seems, constructed with demonic shrewdness on Golgotha. “Demonic shrewdness” here refers to this cunning, evil practice according to which nothing so quenches the life of the spirit as debauchery. Debauchery is a worse weapon than many rockets and cannons, since it appears to leave people living, but kills them invisibly, making them incapable of any good. Think about it: a temple of Venus stood for many years on Golgotha!

Licentiousness kept the Jews from possessing the Earth and travelling safely in the desert. Licentiousness prevented them from staying in the Land of Israel; they went into captivity, bearing the penalty for capitulating before the ritual debauchery of the surrounding nations. Licentiousness always keeps people from believing, praying, and not losing heart. It is now part of him, too, like a delicacy; it is in the innermost womb, corrupting man, depriving him of strength and joy. Licentiousness is one of the main enemies of faith, since the Temple of Venus did not arise on Golgotha accidentally. It was also no accident that it was destroyed. And great was the one that ordered it razed to the ground!

The very memory of this historic event should tell us that if Christ’s Cross is forgotten somewhere, or not noticed, or neglected, there will necessarily be built – and perhaps already has been built – a temple for offering prodigal sacrifices to false gods.

What interesting lessons! Enemies of the Cross trampled upon Golgotha, but faith grows and expands, fearing nothing. Over Golgotha stands a temple of a languid “goddess,” kindling a fire in the blood of an “ordinary” person. A fallen spirit gives itself giblets. Licentiousness on a holy place is its main joy. But God orders and brings a holy person who will destroy the stronghold of sin, like cubes, and exalts faith in the Lord. Such is our holiday.

The Exaltation of the Lord’s Cross makes us common with the Galatians, about whom the Apostle Paul says in his epistle that Christ is, as it were, crucified before their eyes. Such was their faith when first hearing the good news. The Innocent Son of God hung as though before their eyes on the Cross! So, too, should the Mystery of Golgotha take place before our eyes on this feast day. We see in church how the Cross rises and falls, as it dawns upon every direction in turn.

We accompany its sanctifying movement with repeated: “Lord, have mercies!” And may the words of another prayer resound in the souls of the faithful during this time: “The cross ascends and the spirits of the aerial ranks fall! The cross descends and the wicked are all terrified, for they see the power of the cross like lightening!” 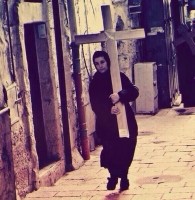