Archpriest Andrei Tkachev | 12 January 2016
Why do we say so little about Christ? Rector Andrei Tkachev, of the Church of Agapetus of the Kiev Caves 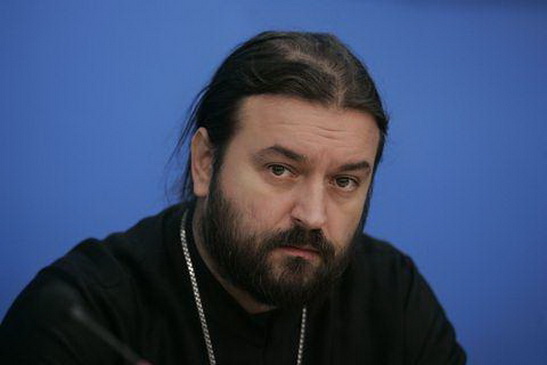 Love for Christ VS love for the world

Without fear of sinning and without shame, it can be said that we love Jesus Christ very little and we think and talk about Him accordingly — preaching about him, seeking Him, and rejoicing in Him very little.  Therefore all the religious holidays that we have obtained by inheritance, are converted into drinking and culinary exercises. If our pitiful generation would drop the Christian Church’s holiday calendar, we would have done nothing. We would have presented the Church as absolutely destitute. In fact — godless. In the best case, we would have saved Pascha, the Intercession of the Mother of God and the remembrance of St. Nicholas. Everything else would be thrown out due to incomprehension. All the rest is poorly perceived, poorly felt, and poorly celebrated. The total piggishness of this should be recognized on the part of Orthodox Christians. Too centered on this world, they love it to self-abandonment; while applying mascara to their pretty eyes in front of their mirrors, they feel almost as if they themselves were the icons of Orthodoxy .

From the abundance of the heart …

I have heard very little about such — and my happiness is in that which I have heard. I have heard more than once, people in the midst of a conversation suddenly utter: “You know, because our Lord Jesus Christ said so that time.” And it is a rare treat! I don’t think that it should be rare. It is impossible to talk about cars, football, hockey, forecasts for precious metals, weather, and commercial brands from morning till evening — and not talk about the Lord Jesus Christ, born in Bethlehem of the Virgin Mary, crucified under Pontius Pilate.

It is some sort of an unscrupulous conspiracy of silence about the Lord, which involves even those who call themselves Christians. This silence is criminal. When they start killing us in the name of the Lord, we tardily begin chirping: “How can you kill us because of the Lord?!” – it needs to be spoken about before they have begun killing us. I would like for us to remember at Christmas that we are the Lord’s. He is our Lord, and we are his people — and therefor we must talk about Him. It is about him — a great power.

Hammer and nails for the Christ Child

The Cossacks — those rebels who formed the Zaporozhian Sich, a kinship that we have celebrated at times (it should be celebrated carefully) — had a tradition to place a few items before three-four month old babies. A cup, a children’s saber, a book, a hatchet, and a cross. What he reached for would determine his future. If he reached for the book — he would be a scientist. The sword — a warrior. A drill — a craftsman. The cross — a monk. The glass — a drunkard. This tradition still remains in the villages of Japan and they use a number of objects to check the intuitive disposition of children.

So, today I would like to say that if various items were placed before the Lord, he could have reached out for a plane, or hatchet (perfunctory for the son of a carpenter), but most likely, he would have chosen nails and a hammer. Those things, which will then be His torment. Those things that will strike His flesh. Perhaps he would even be injured by them, as if to know that His blood will be shed.

You must understand the nightmare of this holiday. We celebrate the birth of an innocent child who came into the world only because of His love, and not from necessity (hence, without seed from a Virgin) — for a mere man is born out of necessity, being a child of necessity and chance to save man. We cannot save ourselves.  He came here to do our work in the flesh and it is needs to be preached and shouted at the corners and from the roofs that — God became man!