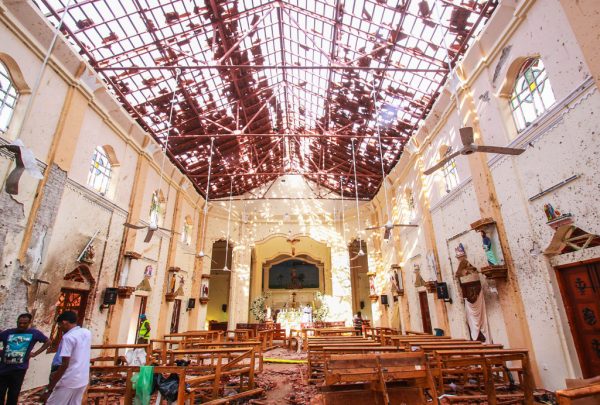 The horrific attacks perpetrated against the Christian community in Sri Lanka over the Catholic Easter weekend have piqued the interest of the mainstream media in the persecution of those who follow Jesus. But will it last?

The big-network media have a habit of only picking up on the issue when something of this magnitude occurs, electing to drop their reporting once the dust has settled. It is the relentless nature of our modern news cycle that forces the subject out of the spotlight in exchange for juicy political stories or scandal-breaking Hollywood.

Unfortunately, just because a topic is not being adequately covered in the mainstream media does not mean it has ceased to occur. Followers of Jesus are still being tortured, imprisoned, raped and murdered by the thousands for the simple reason that they profess love for Christ.

A significant increase, a lack of coverage

It is good to see well-known journalists pen hard-nosed op-eds raising the issue of violence against Christians and imploring others to take note immediately. But these pieces often come across as though this is a totally unprecedented issue — and it’s just not.

As part of our work here at Faithwire, we report on the most staggering incidents of Christian persecution imaginable, on an almost daily basis. Despite the abject brutality and fundamental abuse of human rights, our reports often fly under the radar and sit beneath the purview of big news organizations.

Why? Well, that’s a difficult one to answer. The news cycle runs on the drama, and, simply put, there is plenty of it to go around. As you can see with the Sri Lanka attacks, it is only when something occurs on a colossal scale that the media are forced to drop their pens and pay attention.

The problem is, every single significant incident of religious persecution should garner some level of coverage, so that we might not only become better informed on the issue, but that we would become more well-equipped in learning how to tackle these modern atrocities.

The persecution of Christians across the globe has ramped up significantly in recent years, and the outworking of this is even more shocking than you’d imagine.

In response to the Sri Lanka attack, and with the mainstream media suddenly paying attention, I put together a collection of incidents that Faithwire has reported on recently just to give people an idea of just how far-reaching this issue is.

Here are some recent examples:NIGERIA: On April 14, 16 Christians were slaughtered after attending a baby dedication service. Tragically, the mother of the child was one of those killed. Authorities expect the Islamic Fulani herdsmen were behind the attack.

CHINA: Earlier this year, Chinese authorities ordered a 60-vehicle-strong police force into a Zhecheng county church. Once inside, officers removed internal CCTV, raided the donations box and beat church members so severely that many were left unconscious.

PAKISTAN: In February, a young Christian student, Haroon, was viciously stabbed by his classmates. He suffered grave internal injuries. “The attack was so terrible that Haroon’s kidney was cut into two pieces,” said a local Christian activist

INDIA: As this month’s general election got underway, strong currents of anti-Christian feeling came to the surface, culminating in the public mass burning of Bibles. Radical Hindu nationalists have become increasingly hostile to the Christian population.

SUDAN: Last year, several Christians were seized after converting to Christianity from Islam and thus committing “apostasy.” The Sudanese government, which subjects its citizens to Sharia law, has been cracking down on Christianity for years.

FRANCE: In the month of February alone, some 10 incidents of vandalism and desecration of Catholic churches were reported across the nation.

NORTH KOREA: Christians are routinely arrested, beaten, tortured and even sent to concentration camps simply because they follow Jesus.

So, remember not only to pray for all those who are persecuted for their faith, but also to raise awareness of this most important issue. You can stay informed with Faithwire by following our Facebook page, Twitter and signing up to our newsletter here.