Source: Breitbart
Catholics in Sri Lanka faced another Sunday with no public worship as the Church ruled that no Masses should be celebrated to avoid the risk of more terror attacks.
Thomas D. Williams, Ph.D. | 06 May 2019 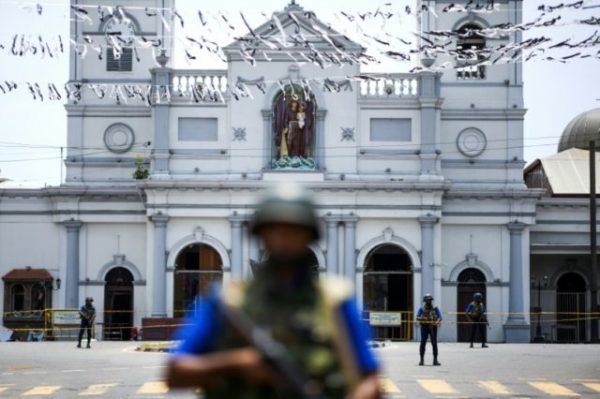 On Thursday, Cardinal Malcolm Ranjith, the archbishop of Colombo, sent a letter to local church officials saying he had received “foreign information” that attempts could be made to attack a church and another church institution.

“The information we have from a reliable foreign source is that attackers are planning to hit a very famous church and a Catholic institution,” the Cardinal said in a statement.

With this information in hand, Church officials decided to suspend Sunday services and keep all churches closed with armed soldiers and police guarding them.

Catholic schools have also been closed ever since the Easter Sunday jihadist attacks targeting Christians that left over 250 people dead.

Government schools are set to reopen Monday for grade 6 and up, however, and police said they would search the premises of all schools on Sunday.

As he did last Sunday, Cardinal Ranjith offered a Mass from his residence, attended mostly by priests and nuns, that was broadcast on television so that the faithful could follow it if they wished.

At the end of Mass, a letter from Pope Francis was read aloud in which the pontiff said he prayed that “hearts hardened by hatred may yield to His will for peace and reconciliation among all his children.”

Cardinal Ranjith has called the Islamist bombings “an insult to humanity,” while also criticizing the Sri Lankan government for failing to act on intelligence that the attacks were probable.

The decision by national intelligence officials to conceal information about the possibility of a terrorist attack was “extremely serious,” since “it means that the massacre could have been avoided,” Ranjith said.

“If our local security agencies do not do their job, to whom can we turn?” he asked.