They Were Weeping Their Abortions, Not Shouting Them 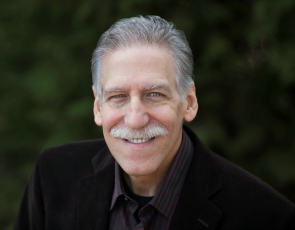 Michael Brown holds a Ph.D. in Near Eastern Languages and Literatures from New York University and has served as a professor at a number of seminaries. He is the author of 25 books and hosts the nationally syndicated, daily talk radio show, the Line of Fire.

I’ve been doing daily talk radio for more than 10 years, which means well over 2,000 radio broadcasts. But the show on Tuesday, November 13, was different. In fact, I was barely able to keep myself composed as some of the callers wept and sobbed.

During the first half of the broadcast, I spoke with Justin Reeder of LoveLife.org.

A few years ago, deeply burdened about abortion, he left his secular job and devoted himself full-time to the pro-life movement.

Since then, more than 1,200 babies have been saved through this organization, many women have been mentored, and many new families provided for.

Churches have been mobilized, pastors from different denominations have joined hand in hand, and believers from every walk of life have stood together to bring a message of hope and life. Even abortion workers have left their old jobs, grieved over their past but determined to have a very different future.

During the second half of the show, I had planned to share some of the most effective pro-life arguments, drawing on answers that had been sent to me on social media. But before I did this, I opened the phone lines to anyone who had an abortion in the past (or participated in someone else’s abortion).

First, there was the woman calling from Arizona, sharing with pain how she got an abortion 40 years ago. In her own life, it led to her drinking heavily to numb her feelings, and now, more than four decades later, she was still hurting.

Next was a caller from Virginia. She almost hung up the phone before coming on but knew she had to call. After aborting her first baby, she got pregnant again out of wedlock. But God spoke to her heart that He would be the baby’s father, and all their needs were met. She now volunteers in a pregnancy crisis center to help other women make the right choice.

Then, things got intense. A woman called from Salt Lake City, Utah. She instantly broke down as she spoke about her abortion of 30 years ago. She had been married with two children (married, she said, to a “self-righteous” man), and she was raped while on a business trip.

Fearing what her husband would say, she decided to abort her baby, a decision that has haunted her ever since. She believes it contributed to her 30-year addiction to alcohol, one that only ended last Thanksgiving, one year ago. Thankfully, she is now getting established in the Christian faith and finding a place of forgiveness from her guilt. (Her calls starts here at 48:23.)

Next, there was the one male caller, a man from Virginia. He spoke of his shame over paying for an abortion years ago, saying that he suppressed it and put it out of his mind, thinking somehow that even God would overlook it.

Then, after many years, he attended a church service where a woman prayed over him and then, speaking by the Spirit, said she saw that he had been involved in an abortion but that God had forgiven him.

He was unable to control himself as he spoke, urging others not to do as he had done before getting off the phone as he sobbed. For my part, it was very difficult to hold back the tears. (His call starts here at 52:00.)

Finally, a woman called from Virginia. She was very composed and spoke of having an abortion at the age of 19 while stationed in the military overseas. Two years later, still not married, she was pregnant again, this time deciding to have the baby.

But she found it difficult to fully embrace and love her new baby, since the child constantly reminded her of the baby she had aborted.

And with that, we were out of time, while many of our listeners and viewers were out of emotions. How could we be unmoved by calls like this?

The “Shout Your Abortion” movement states, “We’re in a fight for our lives, and it’s time to tell the truth. Every single day, all sorts of people have abortions, for every reason you can imagine. We are your siblings, your coworkers, your spouses and your friends. Abortion helps people live their best lives. We are the proof. And we’re only going to get louder.”

Thankfully, today, these pro-abortion voices were silenced by other voices, the voices of women and men who wrestled with guilt and shame, who medicated themselves with drugs and drinking, who hardened their hearts to avoid the pain.

May others hear their sobs and see their tears. And may all those who have had abortions or participated in abortions turn to Jesus, receiving mercy and forgiveness. He will not condemn.

And may the Church learn to offer grace and hope, especially to those women who feel that no one can know they are pregnant. May we accept them where they are and show them a better way.

And may one and all choose life.