Three Teenagers Save a Child from a Burning House in Krasnoyarsk 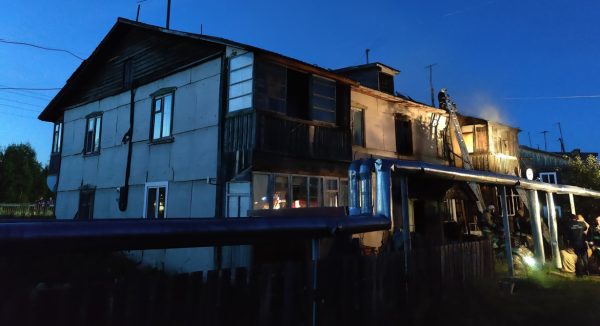 Three teenagers rescued a child from a burning house by catching him with the help of a blanket from the window on the second floor of a house in the village of Verkhnepashino, Yenisei District of the Krasnoyarsk Territory, on July 19, 2021.

A fire occurred in the 2-storey log house late in the evening, when Igor Ftorikh, Ivan Matyunin and Ivan Rukosuev were riding bicycles nearby, reports the website of the Main Directorate of the Ministry of Emergency Situations of Russia for the Krasnoyarsk Territory.

Firefighters immediately came to the place of the fire and pulled a man and a woman out of the fire, but the teenagers had saved the child even before that.

“Eyewitnesses reported that there was a woman with a child inside. We pulled a man and a woman out of the fire and went in search of the child. We were looking for him until we were told by radio that he had been rescued even before our arrival,” said Ivan Nechaev, guard commander of the 79th fire and rescue unit.

The teenagers themselves said they could not drive past the burning house, because someone might have needed their help.

“We rode bicycles and noticed the smoke, and rode towards the house. We saw that the apartment on the 1st floor was on fire and heard a woman from the second floor screaming for help to save her child. I asked her to throw off a blanket so that we could stretch it, and the child fell on the blanket. We could not have caught him just like that. She threw off the blanket and we caught the baby,” Ivan Matyunin shared. 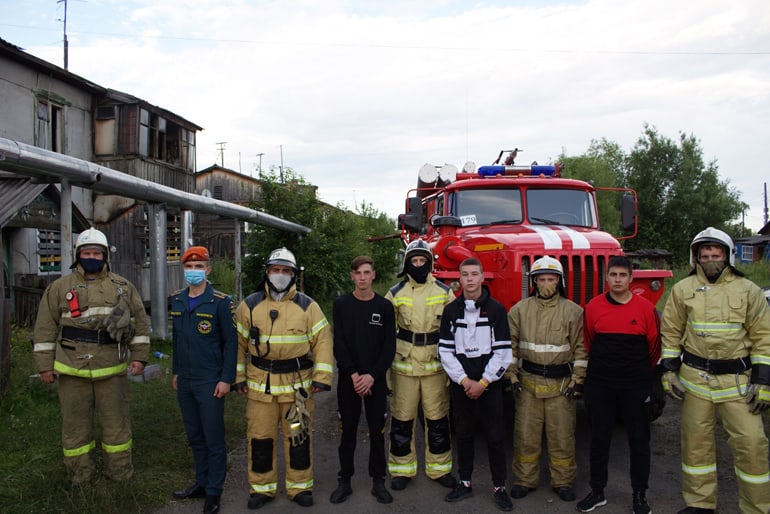 In addition to rescuing the baby, the teenagers helped the firefighters to perform cardiopulmonary resuscitation to the injured woman and dragged one of the residents of the house away, who was constantly trying to get into the fire.

“I was not afraid. I just wanted to help. And the thoughts of filming the fire on the phone instead of rescuing people, also did not come to my mind. Whoever does this – God is their judge. I do not consider myself a hero, I was just doing my civic duty,” said Ivan Rukosuev.

It is reported that earlier these teenagers were actively interested in the work of fire and rescue units, participated in school competitions in firefighter sports. The Main Directorate of the Ministry of Emergency Situations of Russia for the Krasnoyarsk Territory is grateful to the teenagers for their help and are going to reward them.