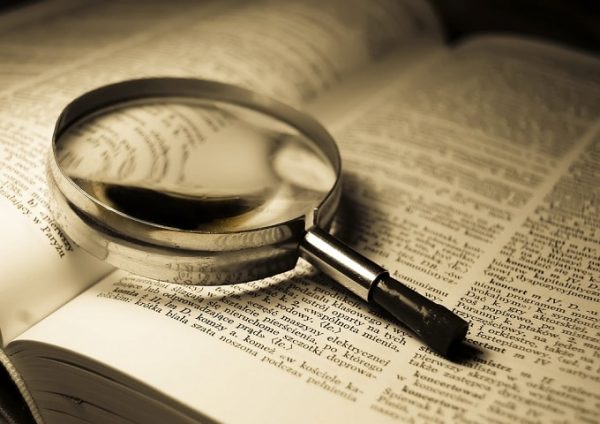 There exists today a great deal of material that purports to be Orthodox and Christian. Books from major publishing houses abound, new articles pop up daily online. A plethora of channels offer opinions which – but for the garb and kitschy coffee cup of the presenter – are indistinguishable from secular, activist opinion commentaries, despite using the word “Orthodox” in their name.

The Lord warns us to “beware of false prophets, which come to you in sheep’s clothing, but inwardly they are ravening wolves. Ye shall know them by their fruits,” (Matthew 7:15-16). There are many such fruits for which to look in the lives of people, but when it comes to evaluating things we read and hear in media, words are the key fruits we can use to know and understand whether the speaker or writer is a reliable, Orthodox source, who speaks with the same spirit and mind as the Fathers of the Church – or conversely, speaks with their own ideas, and the secular, progressive spirit of the times in which live.

What are some of these words?  We might start by listening for three:

Interpretation – When it comes to understanding the Holy Scriptures, each of the Church Fathers has something to offer us about the meaning of a given event. Taken together, the Church Fathers provide for us the “Holy Tradition”, which like an orchestra of many different instruments, plays like a single piece of harmonious music across many centuries. Just as one instrument – or even one saint – can sometimes sound a discordant note in the midst of an orchestra, sometimes a Church Father might give an opinion which is far out in left field from the consensus of Holy Tradition. Even in cases where such statements are not heresies, if they do not speak in harmony with the rest of Holy Tradition, they may simply be mistakes, or the personal opinion of the saint. Because they stand apart and out of harmony with Holy Tradition, such ideas or “interpretations” do not have any authority in the Church.

The term “interpretation” becomes very slippery here, since it is often used to draw an equality between words of Holy Tradition, the opinions (and even errors) of certain Church Fathers, and specific condemned heresies, such as Nestorianism (Council of Ephesus, 431AD) or Monophysitism (Council of Chalcedon, 451AD). Thus, teachings which have been established by Church Councils as errors and contrary to the Orthodox Faith are placed on the same level as Holy Tradition – all for the “purposes of discussion”. This is an academic trick, which sacrifices the spirit of Orthodox Christianity to the spirit of secular relativism. On a personal level (in a conversation, for instance), “interpretation” will sometimes be used to shut down those who defend Holy Tradition, with lines like, “Well, that’s just your interpretation.” As soon as one hears such a line, that should be a red flag.

Dialogue – Much has been said about the misuse of this word in the last few years within the Orthodox Church. Most Orthodox Christians are well-rooted enough to understand the use of “dialogue” with heterodox activists as a wedge to open up an assault from within on Orthodox spiritual life. Conspicuously, the pro-homosexualist schools and websites which call themselves Orthodox have liberally used the term “dialogue”, raising anew the question the Apostle Paul raised centuries ago, “What concord hath Christ with Belial? or what part hath he that believeth with an infidel?” (2 Cor 6:15). Those who involve themselves in such activities cite love, evangelism, and the bringing together of “churches” (sic) – a kind of false human reasoning in the heart against which the Lord warned us (Luke 5:22). Great responsibility rests with our bishops and priests to identify, call out, and shut down such blasphemies against the Church of Christ, but the responsibility is not theirs alone: all the faithful share the same responsibility to make known to other faithful the strategies being employed in such “dialogues”, and to warn, protect, and pray for those who might be spiritually affected by them.

Triggered – There is an old saying that offense is not given, it is taken. Such is the case with the contemporary reaction of “triggering”, perhaps the most unChristian characteristic of our age. This ungoverned reaction to an unwanted external event is precisely the kind of spiritual challenge for which every Orthodox Christian should be preparing himself: guarding the senses, and fighting the passions. To become “triggered” because another person says something that offends political sensibilities or a personal identity is the opposite of this Christian struggle. It is one thing to be grouchy or to lose one’s temper: this is simply a sin, calling for repentance. It is quite another thing to hold the anti-Christian ideology that one is justified in one’s hysteria, that one’s temper tantrum is normal for a mature human being (let alone an Orthodox Christian). Any Christian – especially a priest or monastic – who advocates this passion is promoting a response to the world which is contrary to the Gospel. To hear or read any “Orthodox” person using such a term (except in jest or common parlance – we are speaking here about advocating the “triggering” ideology) is another red flag that such a person does not hold the Orthodox Faith as their primary worldview, but has substituted activism with a three-barred cross. Such a person is not likely a good source for Orthodox Christian counsel.

There are a number of other words which might also be warning signs, depending on the way in which they are used or redefined by speakers today. Words such as imagination, pride, love, and identity are all windows into the mindset of a speaker or writer, which often speak volumes about the spiritual worldview – and the depth of Orthodoxy – one will receive from them.