The Time when Christ Begins His Ascent to the Cross: On the Holy Theophany of Our Lord 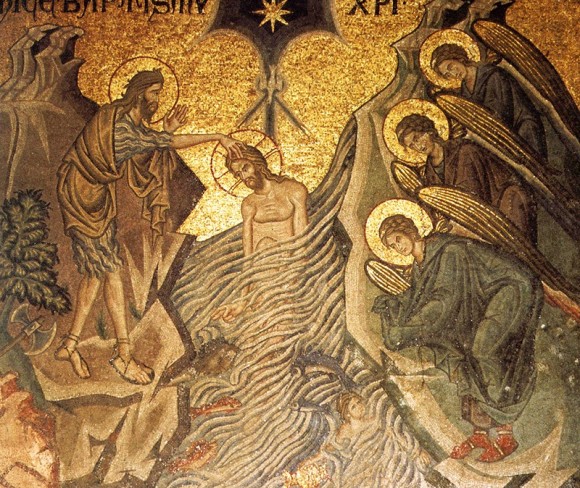 When a human enters into the world, he enters from nowhere, of total, radical absence enters through the gates of time in order to grow into eternity. He enters an ephemeral world in order to become citizen of God’s Kingdom. When Christ was born, the Eternal entered into the narrow limits of time; He Who was immensity itself was limited by space and became a man in the flesh although the fullness of the Godhead abided, dwelt in this human frame. He entered into a world of sin in order to overcome sin, and in a world of suffering to endure it all together with us. 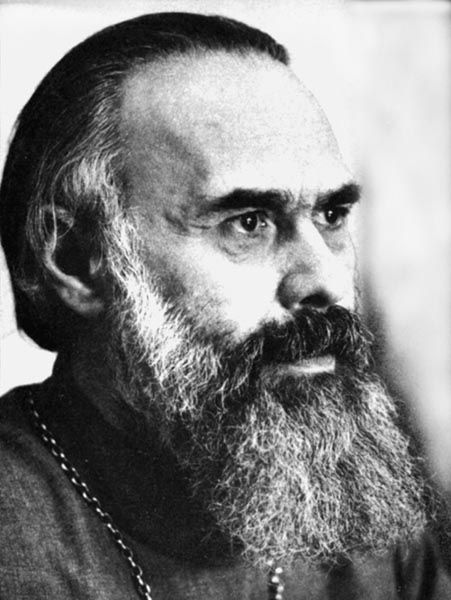 But on the day of His Incarnation God delivered unto us in the frailty of the child of Bethlehem the fullness of His love, and love is always defenseless and frail, abandoned and surrendered. It was an act of God by which He gave Himself to us and in which the humanity of the Incarnate Son of God was helplessly delivered into the history of mankind.

When we are baptised, we are plugged into waters that cleanse us from sin. When Christ came unto Jordan, He came sinless, but this time in the maturity of manhood, at a point at which His human will, identified with the will of God, made Him a self-offering; He brought Himself there to begin, to start the way to the Cross. Thousands were baptised in the Jordan, and each of them proclaimed his sins and these waters of Jordan were heavy with the murderous sins of men. Christ had no sin to proclaim and to confess, and when He entered into these waters of Jordan, He entered, to use an image of a contemporary Divine, as one plunges, walks into a dye — He was dyed with the darkness of our sins. He came out of it carrying all the sins of the world. He came out of the waters of Jordan loaded with the condemnations that lay upon the world. And there is the time when He begins His ascent to the Cross.

We are now keeping the feast of the Baptism of Christ, a dread event, an event that should keep us spellbound, in awe: Him Who is pure shares the impurity of sin (…) so that He may save us. We will bless the waters, the natural waters that surround us and pray the Lord to send upon these waters grace and blessing for them to become pure and holy, endowed with the power to cleanse and to renew, to make us and all the objects and all the places where they will be sprinkled, partakers of this purity of the waters of Jordan who had touched the holy and mortal (?) body of the Incarnation which had taken upon Himself all the evil of world. So let us pray that the grace of the Spirit of God may come upon these waters and that they may be truly blessing and salvation by the power of Christ, by the power and dwelling of the Holy Spirit. Amen.