To Fast or Not To Fast? Fasting in a Western World 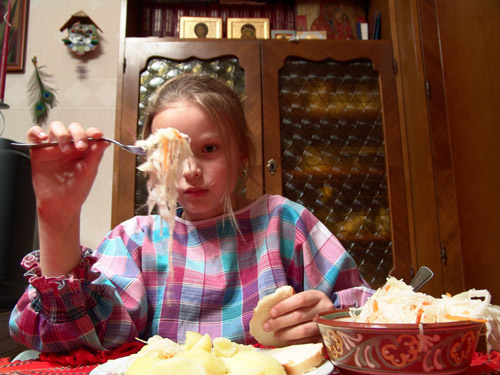 As an Orthodox Christian, fasting was indoctrinated into me at a young age. My parents would always tell me the importance of fasting, and how it strengthens our soul and as Christians, it is essential to give up foods such as chocolate or meat for a few weeks, in order not to be tempted by worldly possessions. However, my parents went the extra mile. During fasting, we would stop watching television and listening to music. It might sound strange, but not watching television and listening to music brings a peace and calm to the household. I don’t feel as hyperactive as I do when being surrounded by the loud noises of music and TV. And I accepted it, just like that. It became part of my everyday routine, that I never questioned why we fast, or why I can’t have chocolate for seven weeks. It became a part of me and of who I am.

However, living in today’s society, fasting has become more of a challenge. Throughout my high school years, friends have invited me to parties during the fasting period and I’ve declined, telling them I was fasting. Then, they asked me why I fast and what’s so special about it. Even though I told them it was part of my religion and it helps me be closer to God, their reaction makes me somewhat ashamed of fasting. I feel as if I’m being judged by society for choosing to not eat meat or dairy. Moreover, I have succumbed to peer pressure and have broken the fast. I was at a friend’s birthday party at a restaurant, and I wasn’t tempted to break the fast. But then, when the birthday cake came out, my friends were pressuring me have a slice, even though I had politely said no to the offer. They kept insisting I had a slice, and I gave in. I was ashamed that I broke down so easily and wasn’t able to hold fast to my beliefs.

Though I do have friends that are understanding of my beliefs and respect my decisions, it’s still disheartening to be pressured into doing something that is against your character and who you are, more so when your friends are the ones pressuring you. It’s also a shame that nowadays, people – more specifically, young children – of Orthodox faith don’t partake in the fasting period. Some people make excuses in order not to fast, and they don’t feel ashamed that they are twisting one of the foundations of Christianity to suit their needs. Fasting is a strict commandment of the Orthodox Church and it must be obeyed. St Philaret of New York tells in one of his sermons that fasting is a ‘Church law’ and every Christian must adhere to it. He goes further to say that one who does not fast and disobeys the Church stops being a Christian. It is important that we, as Christians, should maintain one of the commandments of the Orthodox Church.

People might say that fasting is a struggle and difficult to commit to. Yes, it is a struggle, but a necessary one. Though it weakens our physical nature, it strengthens our spiritual nature, so that we will be ready to accompany God in Paradise. 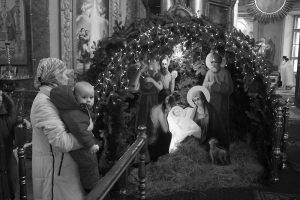