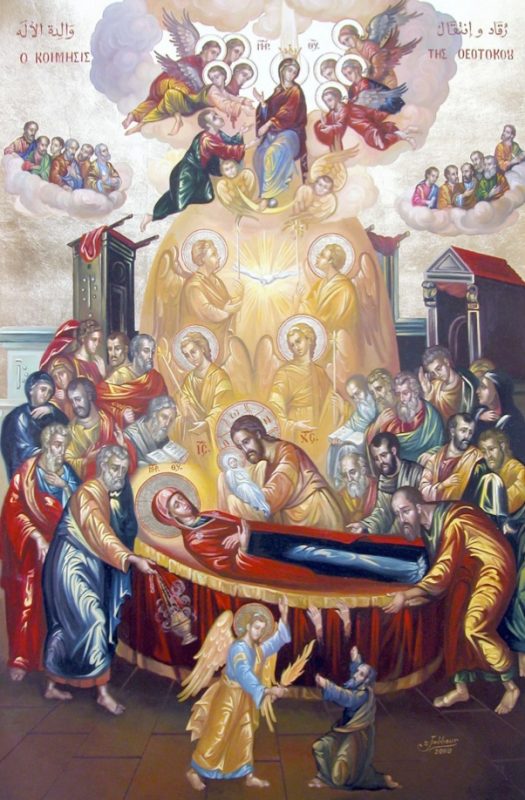 I know that the title “Triumph of Orthodoxy” is reserved for the first Sunday of the Great Fast.

But that Triumph refers to the accomplishment of the comprehensive conciliar articulation of the Apostles’ teaching. It especially refers to the conciliar victory over the attempt to ignore the implications of the Incarnation of God.

But this particular Triumph, as well as all the other rhetorical Triumphs of the Ecumenical Councils, did not have much to do with dominance or historic advantage. The iconoclasts would come again, and they did. The Arians were certainly not silenced. And you might have noticed that the Nestorians are back, in spades. So are the Docetists, Donatists, Eunomians, Pneumatomachians, Sabellians, Messalians (boy howdy), Voluntarists (who mutate into Atheists, inexorably). Hail, hail, the gang’s all here.

Their presence doesn’t bother me so much. What bothers me is that I (and we) didn’t love enough, or speak clearly enough, or make peace enough, to prevent their intellectual bondage.

So “Triumph” has lost some of its cheery umph for me, in this 21st century culture where “virtual” has replace “virtue.”

“Triumph” certainly does not mean that anyone can quit the field theologically and mosey off to the victory feast. That is the way things are in this vale, where there are “wars and rumors of war,” where “the poor you will always have with you.”

That said, there is a real “Triumph” that is decisive for Orthodox humans.

And that would be the Dormition.

No matter where culture is, or is going down its merry Babel way, the Dormition icon stands bright. Even in a civilization that is no longer civil. Even in a shared mentality where symbols are cut off from eternity and rendered opaque … where they are interrogated with queries predicated upon violent metanarratives … where sublimity has been elided with meaningless chaos … where beauty is at best a temporary respite, a convenient private illusion to protect the self until it is dissipated into the never-ending expansion of the universe … dust in the wind.

Compared to this image of death, the crazy (and rather stupid) Halloween images of Game of Thrones, Walking Dead, Vampire Diaries, True Blood, Supernatural, Penny Dreadful, American Horror Story, the Strain, the Exorcist, Chucky, etc., ad nauseum seemingly ad infinitum … all these later images that multiply like bacteria on our mental screens are rendered as meaningful as Foghorn Leghorn cartoons by the sheer aspect of the decay of matter and energy at the end.

In the image of the Dormition, death is transmuted into repose. The Resurrected Son is revealed as the Lord of His Mother: in glorious reversal of the manger scene, He is the one Who holds a babe in swaddling clothes — the immortal, intact, non-dissipated soul of His Mother.

The Dormition is the Sign of human immortality. Its beauty is the triumph over the privatized subjection of temporary peace to the totality of violence. Its peace is the proof of the persistence of human hope. Its symbol is the analogous brightness of the absolute infinite, Who is also Person and Community.

This, simply put, is Mary’s religion. How she prayed, how she realized the Beatitudes in action, how she communed in sacrament, how she recognized her Son in every phenomena, and — most significantly — how, instead of dying, she fell asleep in the flesh: this really is the Triumph that stands …

… despite history … in history and through it … and simply because of history.

I don’t think America (or, maybe, anywhere else) will ever really “like” this religion.

But the prospect of death is really the test of the truth of religion. At death’s door, belief rises or falls.