Source: The Rakyat Post
Natalya Mihailova | 04 January 2015
Turkey’s Islamic-rooted government has authorised the building of the first church in the country since the end of the Ottoman empire in 1923, AFP has learned. 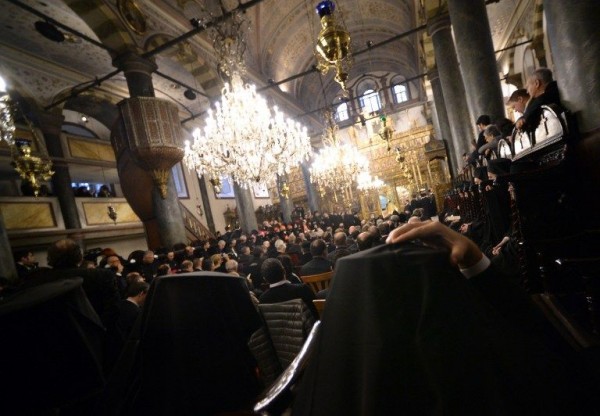 A general view of St George church, the principal Greek Orthodox cathedral in Istanbul. The new church to be built is for the country's tiny Syriac community and will be built in the Istanbul suburb of Yesilkoy.

The church is for the country’s tiny Syriac community and will be built in the Istanbul suburb of Yesilkoy on the shores of the Sea of Marmara, which already has Greek Orthodox, Armenian and Catholic churches.

“It is the first since the creation of the republic,” a government source said today.

“Churches have been restored and reopened to the public, but no new church has been built until now.”

Turkey, which once had large Christian minorities, is now 99% Muslim, and critics of the ruling party AKP have accused it of trying to Islamicise its officially secular society.

However, as part of its bid to join the European Union, Amlara has made efforts to widen minority rights and return some seized property and restore churches, monasteries and synagogues.

The country’s ancient Syriac minority, which now numbers less than 20,000, live mostly in the southeast, and tend to be either Orthodox or Catholic.

The church would be built on land given by the local council and paid for by a Syriac group, the government spokesman, who asked not to be named, said.