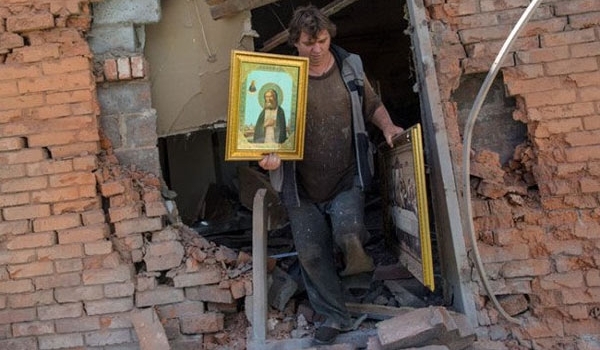 “The church had been erected in memory of the 80 miners killed by a methane explosion at a local mine in March 2000,” self-defense fighters of the Luhansk People’s Republic (LPR) said, Interfax reported.

“Fighting in Krasnondon has been going almost daily,” a LPR source said.