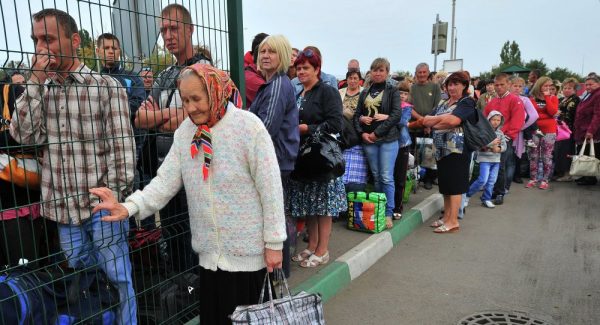 The lavra’s website reports that officials of the UN Refugee Agency in Ukraine visited this monastery in the Donetsk Region and talked to forced refugees, the lavra provide all necessary things for many of them.

Father Superior Metropolitan Arseny of Svyatogorsk told them about activities of the monastery aimed at supporting people who were deprived of their homes during the war.

“We came from various states and speak different languages, but still we have something that unites us – it is desire to do good. When Orthodox saints were asked what sanctity is they answered: it is persistency in doing good things,” he told the guests.

Most viewed articles
Hierarch from North Macedonia Gives Advice to the Ukrainian Orthodox Church106
Patriarch Kirill: We In No Way Question the Healing Power of the Holy Mysteries of Christ!99
Participating in God’s Vision90
Lessons from Saint Mary of Egypt85
Ethiopian Patriarch Thanks Patriarch Kirill For the Support During the Persecution77
Patriarch Kirill: Faith in the Lord Gives Us the Ability to Distinguish Between Good and Evil62
First Orthodox Prayer Book in Portuguese Published in Portugal61
Representative of Russian Patriarch Delivers Rehabilitation Facilities to Children in Syria35
On Feeling Forsaken35
Maronite Patriarch Thanks Russian Patriarch for His Support for Christians in the Middle East19
Most popular authors
Pravmir.com team460
Priest Dustin Lyon90
Justin Doty86
Archpriest John Moses (+2019)38