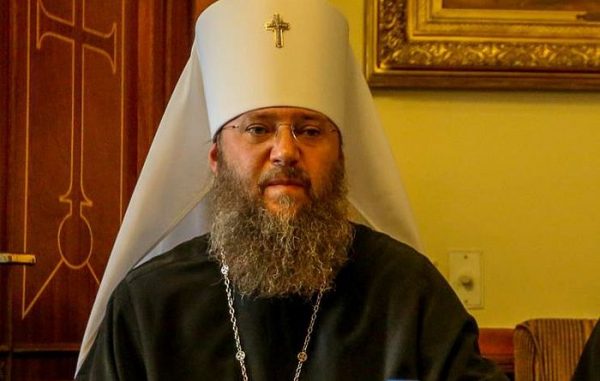 In spite of Constantinople’s plans to set up a new church structure in Ukraine, majority of parishioners of the Ukrainian Orthodox Church will not leave it, head of the UOC administration Metropolitan Antony of Borispol and Brovary believes.

“Our Church does not accept this action and will not serve together with this “church”. The Church is a big spiritual family and it means that majority of our believers and parishioners will stay in the canonical Church, they won’t betray their pastors, as they love them and follow them,” the metropolitan said in his interview with the Romfea Greek news agency.

Some people will leave, but very few, mainly those who caused problems . The hierarch noted that Ukrainian families would face disputes, “our churches will be seized, brothers will fight against each other, there will be conflicts,” the events of the 1990-s when Ukraine went through the schism would repeat.

Metropolitan Antony said that believers and clergy “have a terrible feeling about this.” “We’re expecting the worst,” he said.

The UOC official laments that Patriarch Bartholomew with his recent statements only deepened the schism existing in Ukraine.

“Our Church is under great pressure and the Mother-Church instead of protecting her daughter only adds fuel to the fire,” the metropolitan said and added that “persistent and stubborn attempts of the Ecumenical Patriarchate to heal the schism in Ukraine with autocephaly are not a medicine, but poison both for the canonical Ukrainian Orthodox Church and the whole body of the Ecumenical Orthodoxy.”

The UOC administration head repeated the idea to call for a special Council.

“From the history of the Church we see that as soon as a problem, heresy or schism appeared, Local or Ecumenical Council were called for. (…) Only together, with prayer, considering what is good for the Church, under guidance and blessing of the Holy Spirit we will find the settlement of the problem and avoid even greater problems,” the hierarch believes.