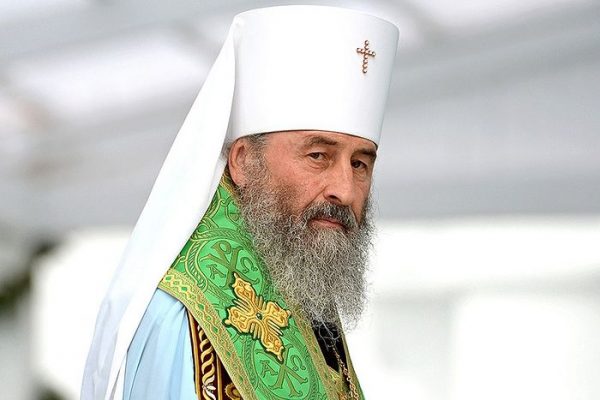 His Beatitude Metropolitan Onufry of Kiev and All Ukraine

The Ukrainian Orthodox Church sees the appointment of two Constantinople exarchs in Kiev as a massive violation of its canonical territory and said responsibility for any possible negative consequences of that will rest with the Constantinople Patriarchate.

The document said this decision made by Constantinople contradicts the second rule of the Second Ecumenical (Constantinople) Assembly, which states that bishops cannot cross the limits of their regions without being invited.

According to the statement, the appointment of exarchs in Kiev took place without the knowledge of Metropolitan Onufry of Kiev and All Ukraine “as the sole canonical bishop of the city of Kiev.”

In this regard, the Ukrainian Orthodox Church said that “responsibility for any possible negative consequences of that action rests with the Constantinople Patriarchate.”

Most viewed articles
Blasphemous and Obsessive Thoughts Come Into My Mind. What Do I Do?149
An Extraordinary Session of the ROCOR Synod of Bishops Convenes109
Funeral Services for His Eminence Metropolitan Hilarion of Eastern America and New York78
Is God a Fool?69
Metropolitan Joseph, Bishop Thomas Celebrate Centennial of Little Falls Parish55
How to Respond to Opposition to the Gospel46
PRAY: 14 Students, One Teacher Dead After Texas Elementary School Shooting40
A Piece of Rock Falls Down on the Skete of St. Anna on Mt. Athos27
His Beatitude Metropolitan Tikhon Issues Statement on Tragic School Shooting in Texas25
Most popular authors
Pravmir.com team214
Fr. Eugene Murzin149
Archpriest Stephen Freeman69
Subdn. Peter Samore55
Archpriest Basil Ross Aden46
Associated Press40
Metropolitan Tikhon of All America and Canada25