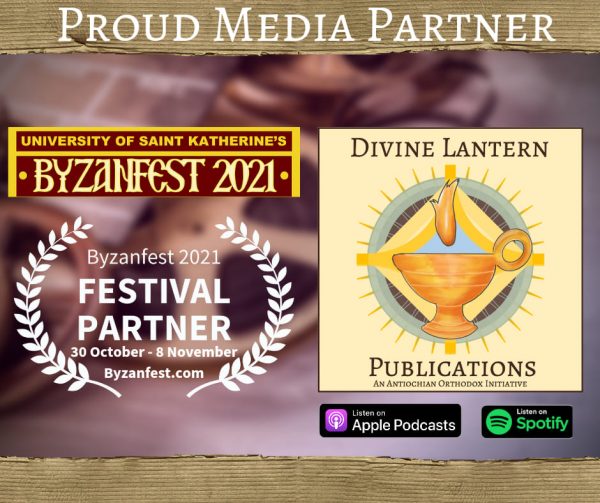 Orthodox cinema is one of the most underappreciated genres. What started as a simple idea in Melbourne has grown into the largest Orthodox film festival in the world.

Chris Vlahonasios, Festival Director and Founder, has always been passionate about film. Alarmed at some aspects of the secular film industry, he was determined to create a festival which promoted the Orthodox phronema and our unique storytelling.

In partnership with the University of St Katherine’s, Byzanfest 2021 is the most far reaching Orthodox film festival. The Festival has been streaming and screening the most diverse and creative short and feature films from around the Orthodox world. USK’s Byzanfest seeks to share and promote the faith, culture, history and creativity of Orthodoxy on a global scale.

This year’s films cover a range of diverse topics: monasticism, disability, sci-fi dystopia and historical documentaries. One of the most intriguing is THE UNLOST HOMELAND, a comprehensive documentary that follows the story of 12 Greeks from Constantinople who lived through the pogrom of 7th September 1955. There’s also the feature-length documentary HELLO ORTHODOX! Produced by the Greek Orthodox Archdiocese of New Zealand, tells the story of the miraculous events following Metropolitan Amfilochios Tsoukos’s arrival in the Pacific and his tireless efforts in bringing Orthodoxy to the islands of Fiji, Tonga and Samoa.

There are several aspects that make this year’s Byzanfest special. Besides its fifth anniversary, the Festival has for the first-time a “Best Female Director Award”. Another first is the “Best Screenplay in Development Award” to promote future production of features.

All films will be available to stream from the Festival’s website. All short-films are free whilst features can be viewed by purchasing a 7-day Festival Pass or individually as a 24-hour rental.

The Festival will be streaming online, as well as some venue screenings, from 30 October until 8 November 2021.