We Are a Religion of Well-Being 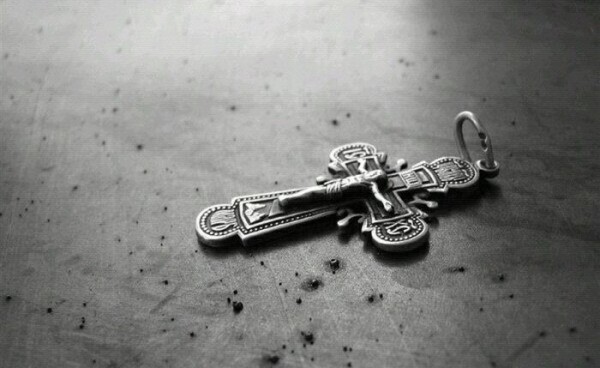 For us, victory in the name of religion is a heresy because the Christian is victorious if they strike him unjustly and he is never victorious if he is the one who strikes. If he strives for freedom, it is not only to liberate himself, but in order to liberate his oppressor as well. He does not liberate himself from those who assault him unless he also liberates them as well. He does not seek to be crucified. Seeking out suffering is not a part of our religion. Liberation from suffering is at the heart of our religion. It is an error to say that we welcome suffering. We only welcome patience in it. For this reason, we have many prayers for the sick. We do not thank God for having permitted illness. We give thanks when He heals it. We are not the ones who said that Christianity is the religion of the sick, the insane, the broken. That is an accusation from Nietzsche. We are a religion of well-being, inasmuch as our religion is fundamentally the religion of the resurrection.

You do not have to seek out suffering. It will seek you out. Proof of this is that Christians were the first to establish hospitals and that the Church established prayer for the sick as one of the cornerstones of worship, with its own night during Holy Week. It is clear in the Gospel that one of the chief tasks of Jesus of Nazareth was that He healed the sick. If you want to give a true definition of the Nazarene, say that He is a teacher and healer of the sick. The great focus on the cross among us is not that it is the site of suffering, but that healing begins there. All those who have taught that we enjoy suffering are wrong. Our true teaching is that our enjoyment is in liberation from suffering.

When I was a boy, I hated it when women would wear the cross openly on their chests. Why this display, when the cross is a sign of Christ’s hiddenness? This was not an easy question for me, as the son of a jeweler, someone who made his living from selling jewelry to women, to those who were honorable and to those who were immodest. Women required gold, then, in my childhood. And after childhood, I realized that it was the woman who was showing off and that jewelry is secondary for men.

What does the cross mean, apart from that one must die before he can live? Why was there this focus in Western Christianity on the cross and not on the resurrection? This is the reality of Christians in the West– I did not say that it is the thinking of their church. I know very well that there is no neglect of the resurrection in Western Christianity. Nevertheless, on a popular level the Western Christian’s prevailing concern is with the Lord’s defeatedness, even though this is absent from dogma and liturgy. Perhaps this came from people taking pleasure in their suffering, thinking that it was God’s having mercy on them. I have absolutely no issue with Catholic services in this regard. They are all pure. My issue is with the masses that love suffering. Perhaps many feel that they will acquire piety through their pain.

Of course, we do not look to make ourselves suffer. That is a sick pleasure. But we must remember that suffering exists and that you cannot flee from it. You do not bear it if it doesn’t exist. I know that it is always in your being and resting within you. There is absolutely no distinction between the Christian churches with regard to suffering. No church loves it, even if some take pleasure in their suffering, believing that it will necessarily bring them closer to Christ. It is right to say that I will die in the religion of the cross, if through this death I strive for resurrection. 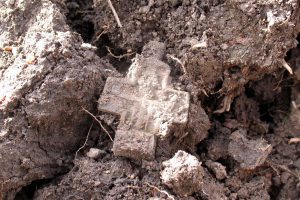 The Sign of the Cross
Priest Luke A. Veronis

Alexander Solzhenitsyn, the Russian author who spent many years in the gulag of Siberia, bears witness…