Image courtesy of Heart for Lebanon.

Friday marks the eighth year of the Syrian refugee crisis. What began as pro-democracy protests in March 2011 quickly evolved into a full-scale civil war. Today, there’s no end in sight. More from BBC News here.

Why has the crisis dragged on for so long? “Everything in the Middle East is complex, but the Syrian War is really complex,” replies Heart for Lebanon’s Tom Atema. “For every question that’s asked about the Syrian refugee crisis there’s 20 answers, and every one of the answers is correct.”

Is the Syrian refugee crisis a never-ending disaster, or an unprecedented opportunity?

Atema chooses the latter. “We don’t have to wait for the war to be over with before we can start changing the face of the Middle East,” he explains.

“This is our opportunity to reach Muslims with the Gospel of Jesus Christ. And, I’ve got to be honest with you, I don’t understand why more people aren’t involved.” 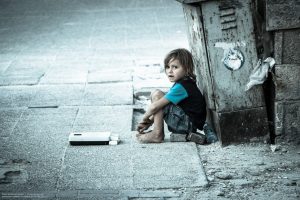 While totals vary, an estimated 11- to 12-million people inside and outside of Syria need humanitarian aid. The Syrian refugee crisis in Lebanon is deteriorating, and the number of people living on less than US $3.84 a day has risen from 30- to 70-percent.

A majority of Syrians – more than 80-percent – live below the global poverty line. Over 85-percent have little or no access to clean water and healthcare. Children and young people make up about half of the Syrian refugee population.

Syria – what remains of it, anyway – holds little prospect for those who return. Multiple bombings flattened entire villages. Only half of the country’s health facilities are still functioning. The ongoing war poses a continual threat to safety.

“It’s really a proxy war between Iran and Saudi Arabia, and the [Syrian] people are caught in the middle,” says Atema, referring to the conflict.

“I don’t think this thing will end anytime soon. I don’t see any country in the world having the ‘want to’ to help get in there and end [the Syrian war], never mind the funds to rebuild Syria.”

Please pray for an end to conflict in Syria. God directs the affairs of men, and He can do what seems impossible.

Most viewed articles
Metropolitan Hilarion: Conversion of Hagia Sophia into Mosque is a “Slap in the Face to all Christianity”595
Metropolitan Hilarion: the Color of Christ’s Skin Is of No Importance for Christians, Because He Is Revered as God Incarnate405
Father Thomas Hopko and his Fifty Five Maxims of Christian Living327
Do We Ignore the Demons in Our Lives?144
The Feast of the Holy, Glorious and Chiefs of the Apostles, Peter and Paul60
Jerusalem’s Church of Holy Sepulchre Shuttered Again amid Coronavirus Resurgence32
Most popular authors
Pravmir.com team1,032
Fr. Bill Olnhausen327
Priest Luke A. Veronis144
Protopresbyter George D. Konstantopoulos60