Pew: Romania Is Now Most Religious Country in Europe

Source: Breitbart
Europe is renowned for the abandonment of its Christian heritage but within the continent there is a wide diversity of religious practice, the Pew Research Center revealed Wednesday.
Thomas D. Williams, Ph.D. | 08 December 2018 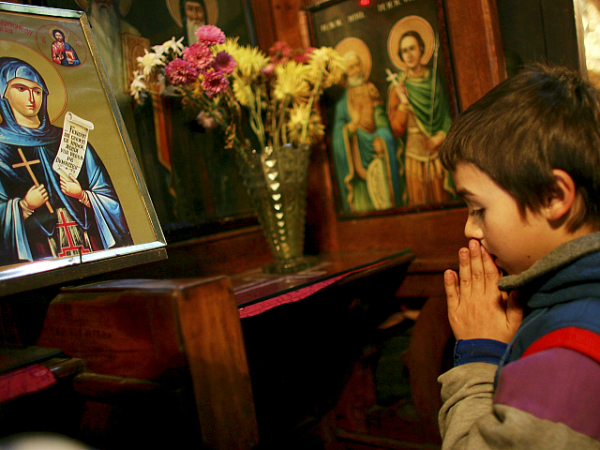 In its new report, Pew said that Romania tops the list as the most religious nation in Europe, based on a series of four factors: the importance people ascribe to religion in their lives, regular religious practice, prayer life, and certainty of belief.

A certain geographic pattern emerges, Pew discovered, with Central and Eastern Europeans generally more likely than Western Europeans to rank highly in each of the four measures of religiosity.

In Romania, for instance, 64 percent of the population say they believe in God with absolute certainty, while 50 percent say religion is very important in their lives, 50 percent attend services at least monthly, and 44 percent say they pray daily. Based on these figures, Pew said that 55 percent of Romanians could be considered “highly religious.”

At the opposite end of the spectrum, Estonia, the most northerly of the three Baltic states, garnered the lowest ranking, with only 7 percent of the nation being “highly religious.” In this country, only 6 percent of the population say that religion is very important in their lives, 9 percent say they pray daily, 10 percent attend services at least monthly, and 13 percent say they believe in God with absolute certainty.

Following Romania, some of the most religious nations in Europe are Armenia, Georgia, Greece, and Moldova. Poland also made the top ten, as did Portugal.

Pew also ranked the European nations based on a single indicator of religiosity taken in isolation. Thus, as far as regular religious practice is concerned, Poland tops the list, with a significant majority of the population (61 percent) attending religious services at least monthly. The second place in this category goes to Romania, but at 50 percent it is significantly lower.

Where simple belief in God is the sole category, Armenia wins the prize as the most religious nation, with more than three quarters (79 percent) of the population saying they believe in God with absolute certainty.

Within Europe, Pew noted in its report, there are sometimes “sizable differences” in degree of religious commitment, while hastening to note that the figures its offers are subject to a certain margin of error.