Source: Faithwire
The Christian persecution we read about in Scripture and history books is not a thing of the past
Will Maule | 16 March 2019 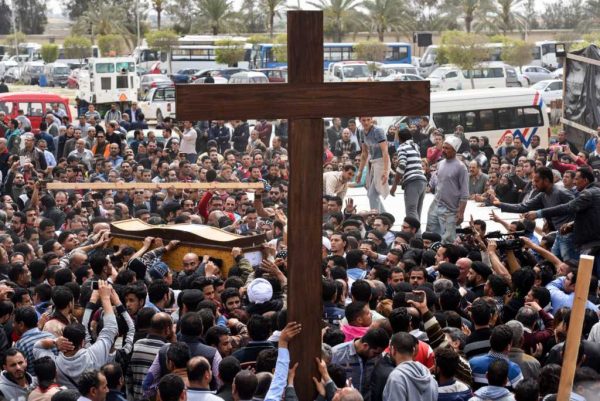 When we talk about Christian persecution, it is easy to get lost in the vast array of facts and figures. We say we know that, across the world, many people are dying for their faith in Jesus, but do we truly understand the scale of it? New data taken from the latest Open Doors World Watch List indicate that some 11 Christians are martyred for their faith every single day.

The shockingly high death toll was taken from the top 50 countries ranked on this year’s World Watch List and demonstrates the incredible level of religious persecution that continues to plague the planet.

“Today, in the 21st century, we are living in a time when persecution against Christian believers is the highest in modern history,” the persecution watchdog explained in an update. “The Christian persecution we read about in Scripture and history books is not a thing of the past.”

Currently, the top five most dangerous countries in which to live as a Christian are:

As is the case in all of these countries, Christians remain in grave danger for simply choosing to believe in Christ. In North Korea, believers are forced into dangerous underground congregations, the discovery of which can result in persecution, arrest and even execution.

In Afghanistan, Christianity is completely outlawed, with the country’s constitution asserting Islam as the state religion. Open Doors notes that to “convert to a faith outside Islam is tantamount to treason because it’s seen as a betrayal of family, tribe and country,” adding that “very often, there is only one possible outcome for exposed and caught Christians: death.”

Pakistan has made headlines in recent years due to the protracted case brought against Christian mother Asia Bibi. Bibi, who has five children, was convicted under the country’s notorious blasphemy laws over a decade ago, and was swiftly sentenced to death. However, last October Bibi was acquitted by the Supreme Court in an unprecedented ruling that gave hope to many within the marginalized faith community.