There is a Second ‘Asia Bibi’ On Death Row in Pakistan 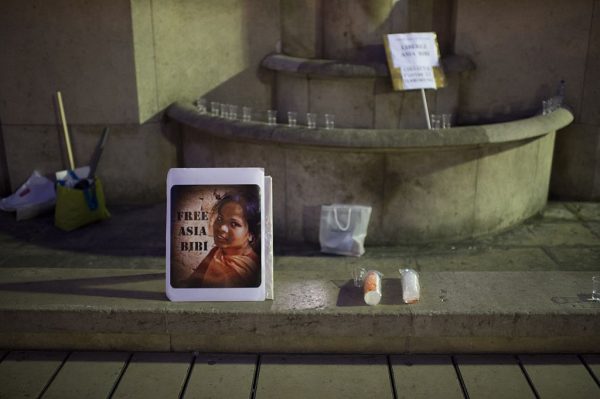 Though Christian mother Asia Bibi has finally been allowed to leave Pakistan, there is another woman of faith who continues to fight her death sentence for allegedly “insulting Islam.”

In a case heavily resembling Bibi’s, Shagufta Kauser and her husband Shafqat Emmanuel face death by hanging for violating the same archaic blasphemy laws that left Bibi languishing in jail for a decade.

Not only is Bibi’s lawyer Saif-ul Malook representing the couple, but, staggeringly, they are being held in the same cell that Bibi called home during her long, torturous years on death row.

Malook has continued to protest their innocence.

“They did not get a fair trial,” the courageous lawyer told Fox News. “They are innocent.”

What is the case against them?

The Christian couple had been living in a Church compound located in the city of Gojra along with their four children when some far-fetched allegations were made against them.

According to court documents, local resident Muhammad Hussain stated that on July 18, 2013, was praying at Mosque when he received an anonymous text message that contained blasphemous content.

Hussain then approached the clerics to show them the text messages. Later, it was alleged that more blasphemous were sent.

Why is the case flawed?

For starters, Hussain has claimed that the texts were written in English. The problem with that is both Shagufta and Shafqat are completely illiterate — they cannot read or write in their native language, let alone in English.

But it gets worse. According to the British Pakistani Christian Association (BPCA), a known friend of the complainant stole the identification of Shagufta and impersonated her by buying a SIM card in her name and sending the offensive messages from the number registered to the poor Christian woman.

Still, the police overlooked these glaring and crucial factors, instead choosing to arrest and charge the couple with “insulting the Koran” and “insulting the Prophet” — an indictment that carries the death penalty.

In addition to the clear misgivings surrounding the case, Malook said that his client Shafqat was also tortured by police in order to force a confession.

“To save my wife, I confessed,” the husband said in a statement.

The couple also explained how the motivation behind Hussain’s complaint was related to a minor disagreement between the families’ children six months prior.

There has also been talk of the case judge being intimidated by religious clerics and hardliners.

“Five years on, the imprisoned couple are praying for their release and awaiting the relisting of a previously poorly administered appeal,” BCPA’s Wilson Chowdhry told the outlet.

“The simple fact that the couple could not possibly have written the blasphemous text messages due to being hyper-illiterate should result in their immediate release, however in Pakistan primary evidence can often be ignored and worse still manipulated by powerful and wealthy people intent on doing malice.”

To make matters worse, Shafqat is severely disabled and unable to walk following an accident that occurred back in 2004.

“They are innocent,” Malook declared. “I won’t let Christians die here in our prisons. It is better I suffer than them.”

Please pray for this couple, and that true justice would be served!