Source: Interfax-religion
Natalya Mihailova | 30 June 2015
Moscow, June 29, Interfax - Head of the Russian Pentecostals, which is the biggest Protestant community in the country, is negative about legalization of homosexual "marriages" in the USA. 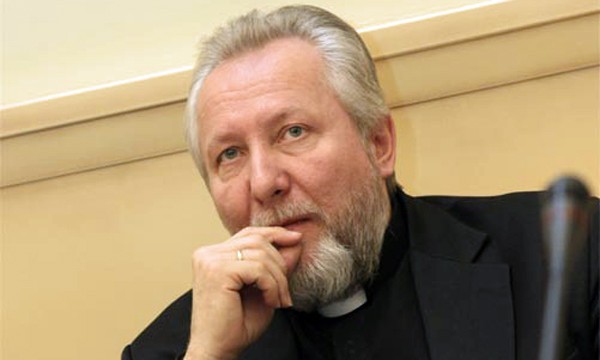 “On June 26, 2015, the US Supreme Court declared that homosexual couples have a constitutional right to get married in any state of the country. Perhaps, it is the darkest and the most shameful date in the Christian history of the USA,” Ryakhovsky said in his statement conveyed to Interfax-Religion on Monday.

The bishop reminds that not long ago there were 14 states where adherents of traditional Christian values were standing for the Biblical attitude to the family. From now on, to fulfill the court decision Churches are obliged to register homosexual “marriages”.

“We witness the restoration of ‘Sodom.’ The things which the Church has always called sinful and awful are imposed on society,” Ryakhovsky writes stressing that “homosexuality does not combine with Christianity,” and the Bible directly says it.

The bishop also pays attention that for long years of the cold war many Evangelical Christians considered the USA ‘the promised land,’ where everything is arranged in a Christian way.

“What a dramatical change! Russia that has recently been considered a stronghold of atheist Communist ideology, ‘the Empire of Evil’ as Ronald Reagan put it, now leads the opposition to active promotion of vice and depravity”.

Ryakhovsky confesses that he is “thankful to the Lord for our country, where the Church can preach Gospels and call a sin ‘sin,’ where ordinary family is a father, a mother and their children, not partner one and partner two.”

“So it is our turn to pray for America the same as Americans once prayed for wakening the USSR. It is time to try our faith. It is another reason for all healthy forces in our society to join efforts in protecting traditional values, in protecting family as a foundation of our society. We can simply call the things recently happened in the USA political Sodom and obscurantism,” the spiritual leader resumed.

Most viewed articles
Metropolitan Hilarion of Eastern America and New York to Be Buried in Jordanville on May 22229
Patriarch Kirill: The Peoples of Russia and Ukraine Have No Interest in the Conflict187
Communion restored between the Serbian Orthodox Church and the Macedonian Orthodox Church – Ohrid Archbishopric135
Metropolitan Hilarion of Eastern America and New York Reposes in the Lord131
What Do We Celebrate at Mid-Pentecost?112
Family Life and Spiritual Warfare79
Celebrating 100 Years with Paschal Joy72
Patriarch of Serbia to Concelebrate with Archbishop Stephen of Ohrid51
Concelebration of Divine Liturgy by the Serbian Patriarch and Archbishop of Ohrid in Belgrade (VIDEO)49
China’s Internet Clampdown Is Step Closer to ‘Cancelling Christianity’41
Most popular authors
Pravmir.com team782
Ioannis Foundoulis112
Archpriest Michael Gillis79
Priest Luke A. Veronis72
Donna Birrell41