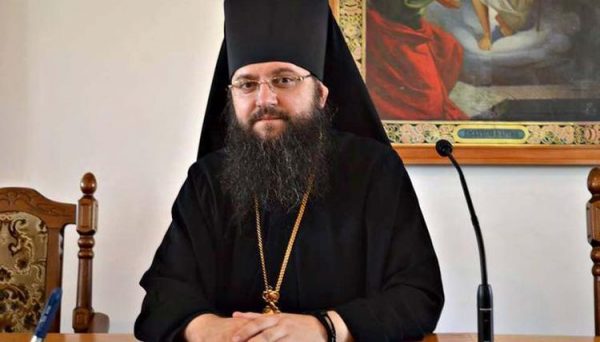 Archbishop Clement, an official representative of the Ukrainian Orthodox Church of the Moscow Patriarchate and chairman of the Synodal Information and Education Department, answered questions from Komsomolskaya Pravda daily:

The conflict between the Russian Orthodox Church and the Ecumenical Patriarchate (of Constantinople) has reached its climax. At its session in Minsk, the ROC Synod adopted a decision to halt the Eucharistic communion with Constantinople. It was caused by the decision of Patriarch Bartholomew of Constantinople to launch a process of granting the Tomos (a decree on legalization – auth.) to the Ukrainian local church, which is believed to be schismatic. In simple words, the secular Ukrainian power wishes that the country had its own Orthodox church that would have nothing to do with the Russian Orthodox Church of the Moscow Patriarchate. Because, in the understanding of those who rule the country now, every Moscow thing is linked with hated Russia.

–  The first among representatives of the Ukrainian Orthodox Church to support the decision of the Synod of Constantinople was Metropolitan Alexander (Drabinko) of Pereyaslv-Khmelnitsky and Vishneva. He declared himself a cleric of the Ecumenical Patriarchate. Did he inform you about this decision?

–  Metropolitan Alexander has never concealed his position. It has been built in accordance with new political realities, although before that he had been quite loyal to the previous authorities as well. It is his personal affair. As bishop, he did not make any official statement about whether he would take part in some uncanonical actions in support of the Patriarchate of Constantinople. All his statements voiced in the mass media are very contradictory.

–  Is there a mechanism for such moves?

–  There is no such mechanisms. It is not supposed that a person can leave the Church and move to a schism. It is an abnormal situation. Actually, it develops like this. One begins to serve together with schismatics. Then it becomes obvious that he has left the Church and moved to an unrecognized structure.

–  When a request for granting Ukraine the Tomos for creating her own autocephalous (independent – ed.) local church was sent, it was supported, along with the uncanonical patriarch Philaret of Kiev and Metropolitan Makary (head of the Ukrainian autocephalous Orthodox church – ed.), by a number of bishops of the UOC MP. Who are these people?

–  We do not know who did it. We assume that this petition was signed by two bishops. They confided it indirectly to the mass media. In doing so, they did not say that their signatures imply that they will participate in any uniting councils. The Patriarchate of Constantinople does not make public any information to prevent the persecution of bishops by the UOC. It is strange because we do have bishops engaged in open criticism and nobody persecutes them. On the contrary, we as representative of the UOC can hear threats aimed at us. We are openly told: there is no place for you in Ukraine. For instance, the head of the Ukrainian MFA Pavel Klimkin said so.

– There are fears that mass captures of churches will begin. How can you oppose this?

–  We as Ukrainian citizens are ordinary taxpayers with whose money the police is supported. I would like to believe that in a law-governed state, each citizen could feel protected regardless of his religious beliefs. But it is difficult to say how it will be in reality. Quite different statements are coming from the authorities. The ministry of culture has already said that it will carry out a redistribution of the church property and review all the documents on the basis of which the Church uses churches. And if the state creates such a precedent, then the rest will be pie. The state writes law for itself. They may go as far as using levers that the state has no right to use openly.

–  Such as nationalists capturing churches by force?

–  Of course. We have already felt it not once on our own back when the right radicals captured churches and beat up the faithful. In Donbas, three priests of ours were killed; two years ago on the eve of the celebrations of the Day of Baptism of Rus’, one more priest was killed in Kiev; then a nun was killed. All the radical statements addressed to us can be treated as incitement of aggression on religious grounds. But nobody reacts to it. It is not for one year that we have lived in such an atmosphere. But, you know, for a believer it is a great honour to suffer for Christ and the Church. Actually, it is impossible to intimidate a true believer by violence as, unlike a secular man, he has a completely different view of it.

–   A week after the end of the Synod of the Patriarchate of Constantinople, there are still many questions concerning the decision adopted on Ukraine. In your view, how can Constantinople’s position be treated?

–  Constantinople has declared the whole territory of Ukraine as its property – everything that belongs to the religious sphere and has the name of Orthodox. It is a raid capture. Strikingly, Ukrainian politicians joyfully clapped and rejoiced in this ‘historical event’. As a matter of fact, they have been robbed and made destitute. Ukraine has remained with nothing: there is no Patriarch of her own, nor a unified Church. It is very probable that there will be an exarchate of the Ecumenical Patriarchate. However, it would be so if we recognized these decisions, if they were legitimate. For us, they are an empty sound. It is quite another matter that politicians exploit these statements. All around Kiev there are slogans hanging with an inscription ‘Tomos’ and ‘Petr Poroshenko’ bellow it. The problem of Tomos has become a part of the pre-election race. I have a feeling that this story will be over to the very day when the pre-election process is finished.

–  What should be the conditions on which Ukraine would still be given autocephaly?

–  In the first place, there should be no schism. To overcome a schism it is necessary not to incorporate the schism in the Church but it is necessary for the schism to realize that it is a schism, to repent and return to the situation from where it departed. Secondly, the canonical Church should wish autocephaly. And we do not want it.

–   Now, whenever a discussion begins about why the Moscow Patriarchate is against autocephaly for the UOC, the fact is recalled that Ukraine has the greatest number of parishes. Therefore, it rests on the financial issue.

–  Constantinople has stated that it launches a process of granting autocephaly to Ukraine. How long it may last?

– Endlessly. A hundred years ago, the Finnish Orthodox Church asked the Patriarchate of Constantinople for autocephaly. The matter was put off at that point; autonomy was given but the problem remains open to this day. The American Orthodox Church also asked for autocephaly but instead of it Patriarch Bartholomew of Constantinople threatens to send the main bishop of the American continent to retirement and does not want to settle this problem. The task of the Patriarchate of Constantinople is not to deny autocephaly but to create its own structure in a new territory and to settle down there for long. The President of Ukraine has already stated that he plans to hand the St. Andrew church over to Constantinople. The question arises: Is there any sense in transferring one of the oldest and most beautiful churches to somebody else’s Local Church at a time when the question of creating its own Ukrainian Local Church is at stake? Why should we bargain away our shrines? According to the law, many churches are the property of the state. They have not been handed over to anybody for a long time under the pretext that it was an architectural monument of cultural value. But today’s statements of the president and previous refusals to hand churches over to the Church to use can be assessed as a lie. It turns out that everything is possible. They simply waited to see to whom they can be handed over.

–  Is the UOC ready to hold negotiations with Philaret and Makary, to make concessions?

–  In the first place, all those who communicate with the schismatics become schismatics. Secondly, they themselves refuse to negotiate. It is not profitable for them. Now ‘the Kiev Patriarchate’ is speaking the language of ultimatums. Here we are, join us. In the ecclesial understanding, they are a nonentity. They are not recognized even by Constantinople. ‘The Kiev Patriarchate’ very much fears lest a Council for unification of Ukrainian churches should elect a primate for themselves and a form of the future existence of church life on parity terms. ‘The Kiev Patriarchate’ is in great fear that it can thus lose its preferences.