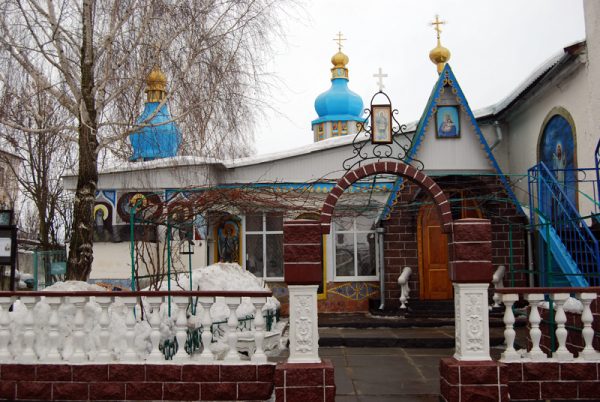 The faithful of one parish of the Ukrainian Orthodox Church under the headship of His Beatitude Metropolitan Onuphry of Kiev and All Ukraine had to defend their church yesterday from the attacks of several schismatics, including priests of the so-called “Kiev Patriarchate” (KP).

This latest attempt to break into a canonical Church was made despite the Ukrainian state’s and the KP’s repeated promises to prevent inter-Church violence. The Holy Synod of the Ecumenical Patriarchate also called for all to refrain from violence when they reinstated Ukrainian schismatics, whose organizations are well known for violent attacks against canonical churches, clergy, and faithful.

Yesterday, three men, including two “priests” of the schismatic KP tried to deceptively enter the St. Anastasia Church at the maximum security Buchansk Penal Colony No. 85 in Kiev, though the community prevented them, as church rector and Deputy Chairman of the Department for Work with Youth in Prison Service Archpriest Nikolai Mogilny told the Information-Education Department of the Ukrainian Orthodox Church.

The three men “persistently and brazenly” tried to enter the church. Having learned that two of them were schismatic priests, the community of the prison church came to protect the church and did not allow the provocateurs to enter, Fr. Nikolai explained.

“The church warden and parishioners answered all their arguments, saying they were in no need of their presence,” Fr. Nikolai said, noting that the faithful offered to pray for the provocateurs: “We will light candles for you and pray for you, and you go with God—we don’t need this,” the faithful replied.

Such actions clearly indicate that KP clergy and parishioners do not agree with or obey the words of their leaders, the church rector believes.

“They promise us that everything will be quiet-peaceful, no seizures, and here they want to get into the church. Where have you been for the 20 years of this church’s existence?” Fr. Nikolai commented.

The church holds regular services, with confession and Communion for the inmates and employees of the penal colony. Several priests of the Ukrainian Church’s Missionary Department also hold catechism classes once a week.

“Did these people who came here today really hope that the community would accept them?” Fr. Nikolai asked.