Source: Vechernyaya Moskva
The baptism of our land occurred one time , but we make the choice to be a person or a beast in every moment of our life.
Vladimir Legoyda | 27 July 2015 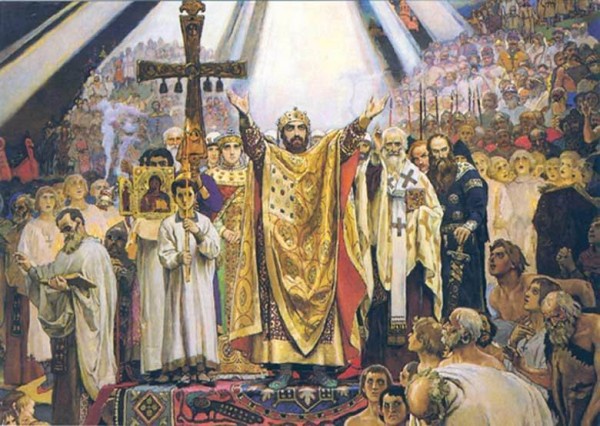 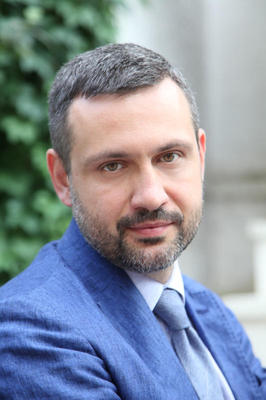 “I was beast and became man,” said Prince Vladimir, accepting Holy Baptism. These weren’t just pretty words, but a sincere confession from one of the first Russian Christians. Prior to that he had killed his brother, organized human sacrifice, and had hundreds of concubines.

Our ancestors couldn’t find anything objectionable in that. Vladimir was characterized as a brave warrior, a zealous servant of the gods, and was a man’s man by the standards of pagan Russia.

In other words, the prince was not seen as an evil doer, his behavior just followed the model, in one way or another, of what was accepted among the subjects. More surprising were the changes that Rus’ made on the path to adopting the Christian faith. The transformation of Prince Vladimir was the beginning of the transformation of all his people who followed his example and the many generations of people from that time to the present day. Hence, the words of Prince Vladimir applied to all the peoples of historical Rus’: “We were animals and became men.”

In XXI century Russia, it is not accepted to keep harems and kill one’s own brothers. We see these things as savagery, but are they far away in our pagan spiritual past, so that we can forget about them, just like a scary nightmare?

We see how those personal vices that prevailed prior to the baptism of Prince Vladimir — unscrupulous achievement and debauchery — are elevated by modern pop culture, practically as a virtue, and presented as signs of personal success. Alas, many of us accept that lie as truth.

Now on the Ukrainian land, upon the hallowed footsteps of the Baptist of Rus,’ fratricidal hatred reaps abundant fruits of human suffering. The Russian Orthodox Church ceaselessly prays to stop the internecine strife that is a sign of hearts returning to the beast and renouncing the word and deed of the historical Rus’ peoples that were baptized in the Dnieper font.

We have inherited the Christian foundations on which our entire culture has grown, but the building of Holy Rus’, which gave the baptismal vows, could completely destroy human willfulness to the pursuit of passions and vices and the seeming prosperity that the Prince of Kiev had before baptism and which he abandoned for the sake of Christ.

The baptism of our land occurred one time , but we make the choice to be a person or a beast in every moment of our life, as we interact with loved ones and strangers, and do good or evil deeds. Let that choice be the right one.