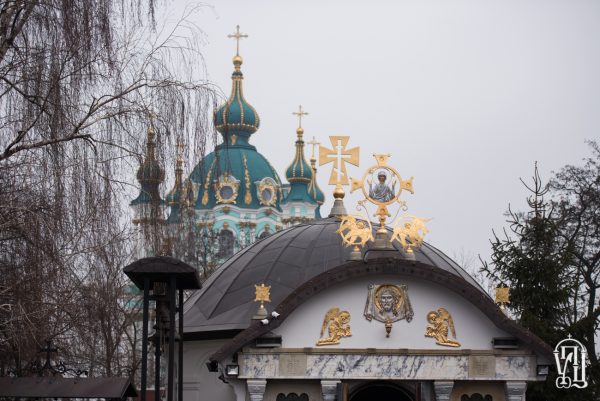 Following an arson attack on the Church of St. Vladimir in Lvov, which occurred on February 3, 2018, Archbishop Philaret of Lvov and Galich keeps receiving letters from hierarchs of the Local Orthodox Churches.

On February 3, a letter from Bishop Joanikije of Budimlje and Nikšić (Serbian Orthodox Church) came, in which he condemned the actions of the arsonists and expressed his support to the archpastor, clergy and laypeople of the Lvov diocese. “It is hard to believe that in the country, to which the holy prince had brought the light of Christ’s Gospel, his churches are being subjected to arsons. This crime could only be committed by those who are completely devoid of Christian ethics and respect for the fundamental right of every human being to have his/her own house of prayer,” the message reads, in particular. Bishop Joanikije also expressed his hope that the law enforcement agencies would do all within their power to find the criminals and would defend the right of believers to have their churches where they meet with God.

While referring to the arson attack on the church in Lvov and to the sorrows of the Church throughout its history, Bishop Jovan of Pakrac and Slavonia (Serbian Orthodox Church), mentioned in this context death camps in Jasenovac in Croatia, “where in the 20th century the blood of hundreds of thousands of Orthodox Christians was shed by those who also called themselves Christians.” He assured Archbishop Philaret of his prayers and promised to raise the problem of sufferings and discrimination of the clergy and laypeople of the Ukrainian Orthodox Church while interacting with international organizations.

Metropolitan Panteleimon of Veroia, Naousa and Kampania (Orthodox Church of Greece) called the arson a sacrilegious act, regardless of who had committed it, as well as a shameful and mean manifestation of religious intolerance, and also assured Archbishop Philaret of his support.