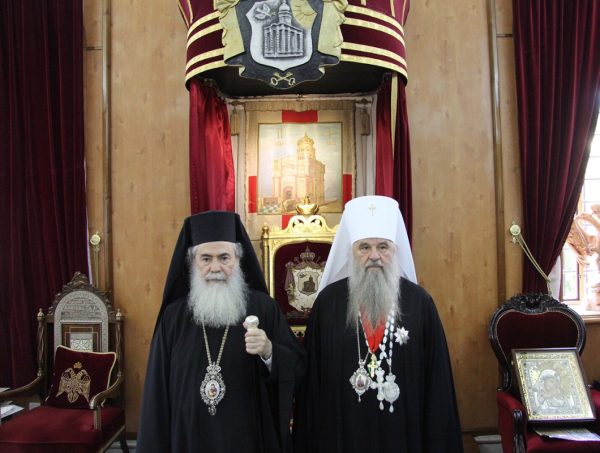 On 17 September 2018, Metropolitan Varsonofy of St. Petersburg and Ladoga, chancellor of the Moscow Patriarchate, who is currently on a pilgrimage visit to the Holy Land, concelebrated the Divine Liturgy with Metropolitan Joachim of Helenoupolis (Orthodox Church of Jerusalem) at the Basilica of the Nativity of Christ in Bethlehem.

The same day later, in the Small Throne Hall of the Patriarchate of Jerusalem, His Beatitude Patriarch Theophilos III of Jerusalem presented Metropolitan Varsonofy with the highest award of the Orthodox Church of Jerusalem – the Order of the Cross of the Holy Sepulchre, 1st class. Among those who attended the meeting were Archbishop Aristarchos of Constantina, secretary-general of the Holy Synod of the Patriarchate of Jerusalem; Metropolitan Joachim of Helenoupolis; and Archimandrite Alexander (Yelisov), head of the Russian Ecclesiastical Mission in Jerusalem. 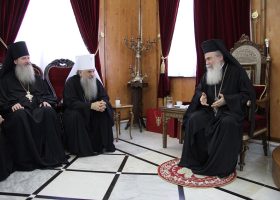