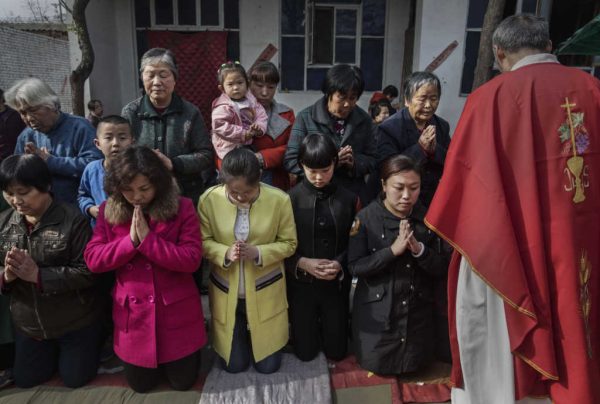 Chinese authorities have launched yet another brutal attack on a local Christian congregation, looting the donations box and detaining the senior pastor.

The raid, led by the deputy governor of Zhecheng county and involving armed SWAT and anti-riot police, took place at True Jesus Church in Anping  town. The enormous operation involved some 60 vehicles, with the police blocking off all the intersections leading the Church.

Why did they conduct the raid?

According to Bitter Winter, a magazine on religious liberty and human rights in China, authorities claimed that the church was in contact with foreign countries and was thus engaging in illegal activity. They ordered an immediate shut down by any means possible.

After hearing word of the impending raid, some 60 church members attempted to prevent authorities from entering the building by overturning benches at the entrance. As a result, 100 plainclothes officers were ordered to storm in. Upon entering the building, police immediately broke into the donations box and demanded to know where the church funds were held.

“As soon as they entered the church, they smashed the donation box and pocketed the money, which totaled thousands of RMB,” said one member of the congregation. “They also questioned us about where all of our church’s money was kept.”

Then, officials ordered the officers to remove all surveillance cameras located inside the building, before mercilessly beating members of the congregation. “Fifteen believers were beaten to the ground, moaning in pain,” Bitter Winter noted.

One believer, who was in her sixties, was beaten so badly by the authorities that she suffered two cracked ribs.

When another church member attempted to help her, she was also viciously attacked. The outlet also reported that officers slapped the face of a paralyzed believer in her seventies and knocked several others unconscious for at least half an hour.

If this wasn’t all bad enough, the paranoid Chinese authorities went a step further — by digging a giant pit outside the church and burying Bibles, hymnbooks and Christian literature.

Church members insist that they were not doing anything illegal, but that the Chinese government was determined to confiscate their building for private use as a nursing home.

One local villager revealed that the construction of the church, covering an area of more than 10 mu (about 40,000 square meters), was completed in July 2018. It was built with the funds collected by believers for more than two million RMB (about $300,000).

Do pray for these dear brothers and sisters in Christ who continue to be subjected to such dreadful treatment on account of their faith.