Source: Breitbart
The Education Bureau of the Chinese district of Lishan has launched a campaign to eradicate religious belief in kindergartens, which includes having the schoolchildren sign a commitment statement promising to avoid religious activities.
Thomas D. Williams, Ph.D. | 25 February 2019 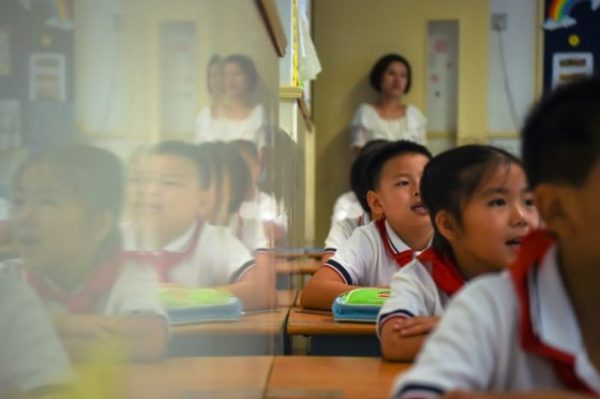 Both pupils and teachers are now required to “sign a commitment statement promising they won’t browse religious websites or participate in religious forums,” according to recent reports.

The commitment statement includes the declaration: “I will adhere to the correct political direction, advocate science, promote atheism, and oppose theism.”

The new campaign forbids schools from hiring new teachers who hold religious beliefs, while calling for increased supervision of current teaching staff, including “comprehensive inspections of teachers’ preparation for lessons in order to root out any and all religious content.”

China’s ruling Communist Party under President Xi Jinping has made the forced separation of children from religious influence a hallmark of its efforts to enforce China’s official atheism.

In September 2017, authorities told more than a hundred Christian churches that children are now forbidden from attending church services and joining Christian groups. The measure followed the release of a study from the University of Shanghai, which found that more than 60 percent of students are interested in learning more about Christianity and that young catechumens in official and underground Christian communities have been steadily increasing in number.