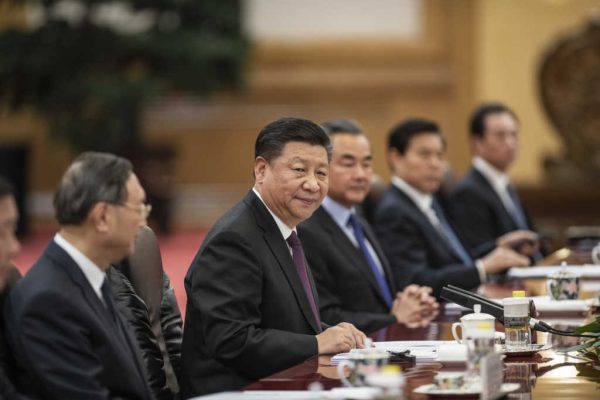 Chinese government officials have ordered the removal of a church display which contained the First Commandment because they believe it directly contradicts the policy of President Xi Jinping.

The government-approved Three-Self Church was forced to remove the First Commandment after a visit from the central “patrol inspection team” of Luoyang city and Luoning county United Front Work Department.

According to Bitter Winter, a website that reports on religious liberty and human rights issues in China, an official who was inspecting the church premises stopped abruptly before the pulpit and ordered that the First Commandment “must be removed.”

After the action was ordered, government officials immediately wiped off the commandment, according to the outlet.

The First Commandment reads: “You shall have no other gods before me, says the Lord.”

The leader of Three-Self Church made a robust protestation against the removal, but was quickly rebuked by the government officials.

Of course there are many churches who have resisted government regulation, and who have been subsequently assigned the ominous label of “underground.” The government sees the leaders of these groups as enemies of the state, and have imprisoned several of the most prominent figures. One of these is Wang Yi, pastor of Early Rain Covenant Church in Chengdu, Sichuan, who was arrested after he called President Xi Jinping to repent of his sins.

“The government he is leading has sinned greatly against God,” he added, “for it is persecution the Church of the Lord Jesus Christ, and if he does not repent, he will perish!”

Christian persecution watchdog Open Doors USA lists China as a country that engages in “high” levels of targeted oppression against Christians. But despite the fierce government crackdown on ministry activities, China has the fastest growing Christian community in the world, with an estimated 100 million believers currently residing there.

Yi is still being held, along with his wife and several members of his congregation. Please pray for their safety and that they would be able to continue spreading eternal truths in a hostile land.