Source: PEMPTOUSIA.COM
11 June 1900: a day of Diocletian-like persecution against the numerous Christians of the vast land of China. A day of anger and fire and upheaval. The Boxer rebels vented their fury in particular against the Orthodox, who all together numbered no more than seven hundred, and struck at Christ’s “little flock” in a mad rage…
Natalya Mihailova | 11 June 2015 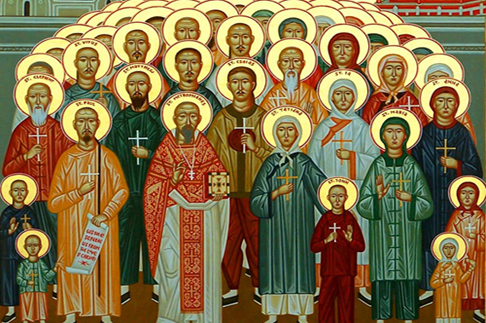 It may be that they held many grievances against the foreigners and their various “missionaries”, who were not always innocent of worldly ambitions and self-serving considerations. But the small Orthodox Church of China, the holy offspring of the Russian missionary zeal of older times, had shown and proved from early on that its concern and task was exclusively preaching and spreading the Kingdom of God, and not the “religious” support of political and other vain and reprehensible expediencies. So, even if others had given cause for suspicion and complaint, the Orthodox merely preached Christ crucified and nothing else. 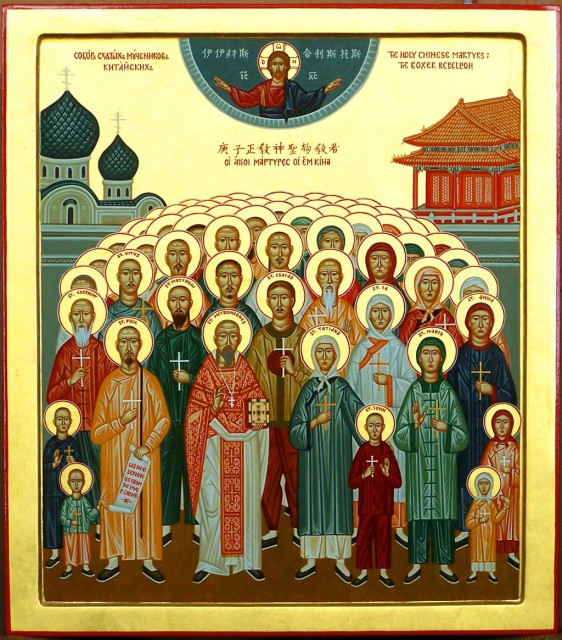 Compared to the “ant-hills” of Buddhists, Confucians and Taoists, the other presence was a drop in the ocean. Despite that, this “drop” was unbearably irritating for the Boxers and they could not stand that it worked on the eyes of their souls like ointment, sharpening their spiritual activity so that they could make out the light of true knowledge of God. So they determined to dry it up: with the fire of persecution; with the horrible tempest of violence; in any and every way.

Almost all the churches were torched. The missionary centre in Beijing, its valuable library, its printing-press, everything, was consigned to the flames. Whatever the humble missionary effort had managed to achieve turned to rubble and ash.

Of the seven hundred believers, a handful were Russian, who formed only the basic personnel of the mission under Archimandrite Innokenty. All the rest were native Chinese and the manic fury of the Boxers was aimed precisely at these fellow-countrymen of theirs. There are no words to describe the murderous rage against the lambs of the Church.

Among the first victims was the venerable priest Mitrofan Chi: “I shall strike down the shepherd and the sheep of the flock will scatter” (Matth. 26, 31). Together with the priest his unsullied child, John, an eight-year-old child. They mutilated him ruthlessly. “Do you reject faith in Christ?”. “No”. “Will you bow down to Buddha?”. “Never”. They cut him up into pieces. As he gave up his soul, some slightly more charitable people went and tried to show him some humanity. When they asked him if he was in great pain, the holy child martyr of Christ, with an angelic smile on his face, whispered: It’s no great thing to suffer for Christ”. He closed his eyes on the barbarity of the earth and opened them in the Kingdom of Heaven, where Kirykos, Tarsizios, Claudius, Ypatios, Dionysios, Paul and the other “little children” of Christ were waiting to welcome him as a brother and have him join in their “game”, together with the cherubim and seraphim.

For Paul Van, a catechist, the time came for him to seal, with his confession and martyrdom, what he had taught for years to the nestlings of the Church. He bore unheard of tortures without complaint, with a prayer on his lips, and gave up his blessed soul into the hands of his Maker. Iyia Ven, a teacher at the Mission School, was repeatedly tortured inhumanely. She was beaten, mutilated and finally gave up her soul, also confessing the name of the Lord as boldly as any man. There were others with them: young and old; folk in low and high positions; educated and private individuals; rustic and urban types; men of letters and manual labourers. Their names are known by God, Who wrote them in the book of life. About four hundred friends of Christ proved themselves as martyrs and confessors. They irrigated the soil of China with their blood and sanctified it with their ultimate sacrifice. The land of China, which had previously been barren and infertile, supported its first fragrant blossoms, which, with the sweet yellow of their colour enhanced the beauty of the celestial Garden of Eden and with their dew refreshed the Christianity of the early 20th century, which was reeling under the burden of rationalism and indolence. The historic Chinese people rendered its first-fruits to the Lord of Hosts.

11 June, 1900. Fitting was the sacrifice of the Chinese New Martyrs…Fitting the bloodstained stole of Father Mitrofan… Fitting the blameless sacrificial victim, the young lad John… Fitting the blood of Iya, Paul and all the other martyrs and confessors unknown to us but known to God by name, the first-fruits of their race.

11. June 1995. Poring over the pages of “Ecclesiastical Truth” of the Church of Constantinople for the year of Our Lord 1901, I made my first acquaintance with the Holy New Martyrs of China. Their holy icon, pained in a Byzantino-Chinese style already adorns my humble office. By their holy prayers, Christ our God, raise up  the fallen tabernacle of Your Church in China and save the souls of us, Your servants, who love the martyrs.

The Chinese martyrs destroyed their ancestors’ delusion, elevated the faith of the Orthodox and fought mightily. For they censured the Buddhist religion and confessed Christ with boldness as perfect God. They pray to Him ceaselessly on behalf of our souls. 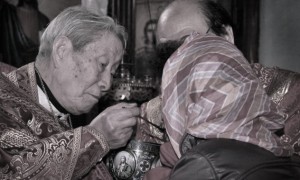 The Patriarchal Visit to China: An…
Maria Senchukova

His Holiness, Patriarch Kirill of Moscow and All Russia, conducted an official visit to China from… 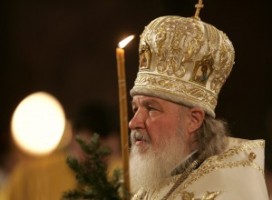