Source: Express
Natalya Mihailova | 18 December 2015
CHRISTIANS will “disappear” from Iraq within five years, Prince Charles has said, in a dire warning about the fate of persecuted religious minorities in the war-ravaged Middle East. 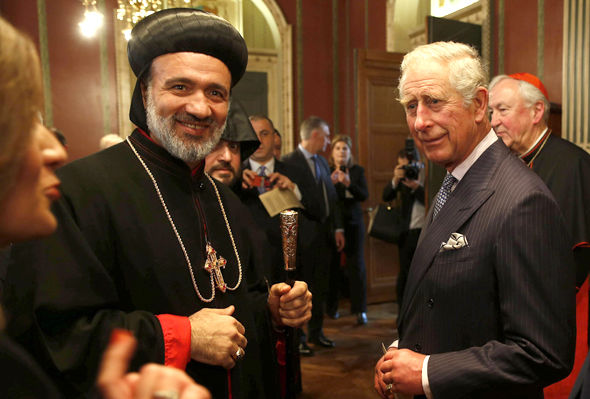 The Prince of Wales described the protection of the Christian faith in the region as the “greatest challenge we face”.

Around 250,000 Christians are still in Iraq but 100,000 of these have been displaced by fighting and the threat from Islamic State.

Thousands more have fled the country – and neighbouring Syria – as ISIS continues its bloody terror campaign against those unwilling to pledge loyalty to the death cult.

Charles told a gathering of UK-based clerics that “emergency help” was needed to avert the disaster.

Speaking at Archbishop House in central London about the threat to Christians in the Middle East he said: “Their suffering is symptomatic of a very real crisis which threatens the very existence of Christianity in the land of its birth.

“In fact according to Aid to the Church in Need, which is a truly remarkable organisation, Christianity is on course to disappear from Iraq within five years unless emergency help is provided on a greatly increased scale at an international level.

“This affects us all, consequently the greatest challenge we face is how to ensure the spiritual and cultural heritage of Christianity in the Middle East is preserved for future generations.”

Czech President Milos Zeman, who has long stressed the threat from Islamist militants, said in July he would prefer Christian immigrants as a wave of people, mostly Muslim, moved across southeast Europe northwards.

The 37 Christian families will come to the EU member country from Kurdish-controlled northern Iraq and refugee camps in Lebanon, in four groups from January to April.