Committee of Representatives of Orthodox Churches to EU Meets in Brussels

Source: DECR
The priority was given to the situation of Christians in the Middle East, considering the tense political situation that has developed in the region.
Natalya Mihailova | 21 April 2018 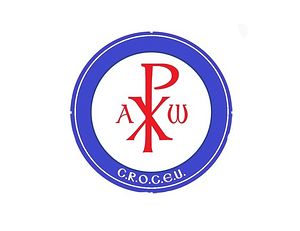 On April 18, 2018, the Committee of Representatives of Orthodox Churches to the European Union met in Brussels. The meeting was attended by the Committee members, including Metropolitan Athanasios of Achaia (Greek Orthodox Church), Archimandrite Amilianos (Bogiannou) (Patriarchate of Constantinople), Hegumen Philipp (Riabykh), acting Representative of the Moscow Patriarchate to international organizations, Archpriest Sorin Chelaru (Patriarchate of Romania), Archimandrite Nektarios (Ioannou) (Church of Cyprus), secretary of the committee; and Archpriest Georgios Lekkas, adviser to the Greek Church Representation to the European Union. The committee worked at the Patriarchate of Constantinople’s Representation to the EU.

The priority was given to the situation of Christians in the Middle East, considering the tense political situation that has developed in the region.

The Committee continued preparations for its meeting with representatives of Bulgaria and Austria as presidencies of the European Union in 2018.

The participants also gave a considerable attention to the discussion and analysis of the provisions of the Council of Europe convention on preventing and combating violence against women and domestic violence (Istanbul Convention). The Committee heard reports on the situation concerning the signing and ratification of the convention in various European countries and on legal novels in the convention text, the website of the Russian Orthodox Church representation to European international organizations reports.