Russia Is Seriously Concerned about Christians’ Persecution in Middle East 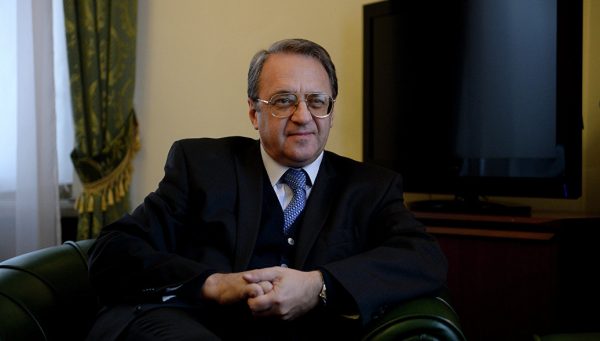 Russia is seriously concerned about Christians’ situation in the Middle East, especially in Syria and Iraq, Russia’s Special Presidential Representative for the Middle East and Africa and Deputy Foreign Minister, Mikhail Bogdanov, said on Thursday.

“The tragic situation in which Middle Eastern Christians have ended up causes serious concern in Russia,” Bogdanov said at a conference hosted by the Imperial Orthodox Palestinian Society.

“The most complicated situation is seen in Syria and Iraq, where terrorists killed and ousted tens of thousands of Christians from their native land in the years of war,” Bogdanov said.

Despite the fact that a substantial part of the Iraqi territory where Christians have historically lived has been liberated, “the situation is still unstable” in that country, he said.

“The situation of Christian communities in Egypt, where the Coptic Orthodox Church is being persecuted by Islamic fundamentalists, has dramatically worsened,” Bogdanov said.