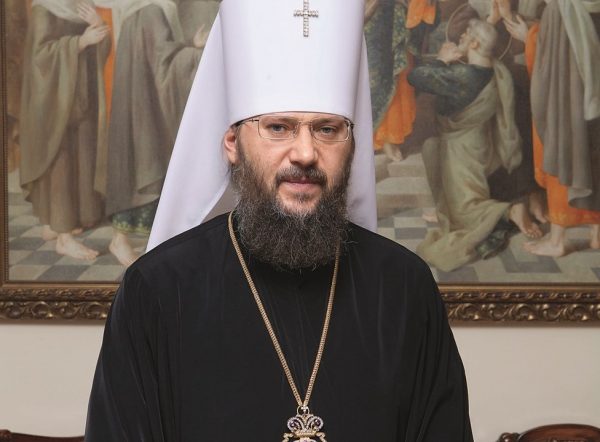 His Eminence Metropolitan Anthony of Boryspil and Brovary, the chancellor of the Ukrainian Orthodox Church has commented on the sad developments in the ongoing Ukrainian ecclesiastical crisis, in particular on the announcement of the Holy Synod of the Patriarchate of Constantinople following its session yesterday.

In particular, he laments that the Ecumenical Patriarchate did not heed the call of its fellow Orthodox Synods and hierarchs to convene a pan-Orthodox Council to discuss the Ukrainian issue, and that the status of the non-canonical Kiev Patriarchate (KP) and Ukrainian Autocephalous Orthodox Church (UAOC) remains unclear.

What happened at the Synod in Istanbul yesterday shocked the entire Orthodox world. It seems the Patriarchate of Constantinople is consciously embarking on a path of schism in world Orthodoxy. Patriarch Bartholomew ignored the calls of the Local Churches to convene a meeting of the primates to work out a common and conciliar solution to the Ukrainian Church issue and unilaterally made very serious but erroneous decisions. I hope the Orthodox world will give this action an objective evaluation.

The final document of the Constantinople Synod raises more questions than it gives answers. In particular, the status of the UOC-KP and UAOC remains unclear. What was the procedure for considering Philaret Denisenko’s appeal? Many other questions also arise.

In reality, nothing has changed for our Church. We were, are, and will remain the only canonical Church in Ukraine. We will not recognize the stavropegion, the creation of which was proclaimed at the Phanar. Having received the schismatics into communion, Patriarch Bartholomew did not make them canonical, but has himself embarked on the path of schism. The schismatics remain schismatics. They did not receive any autocephaly or tomos. It seems they have lost even that independence, although non-canonical, that they had and which they always emphasized.

We would like to draw the attention of our clergy and laity to the fact that the schismatics were and remain graceless. And accordingly, to serve and pray with them is prohibited.

The time has come for all of us to strengthen our prayers, remembering that the truth of God is invincible.