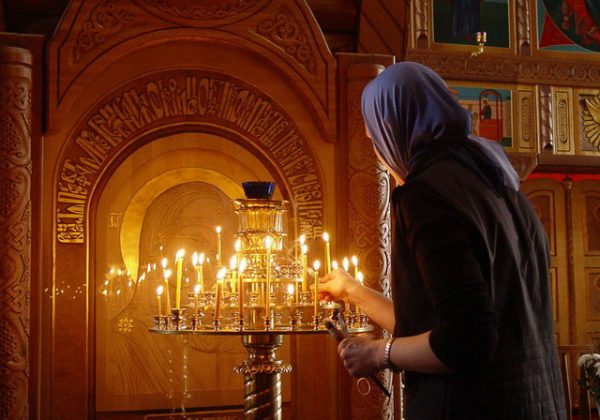 The arrival of 2020 marks fifty years since the autocephaly – independence, or self-government – of the Orthodox Church in America from the Russian Orthodox Church back in 1970. This event happened after 300 years of Orthodox Christianity in North America under a single canonical church, which was only splintered into different jurisdictions with the tragic events of the 1917 Bolshevik Revolution in Russia.

The granting of autocephaly was meant to recognize that the time had come for the Church in North America to govern itself, and to spread Christ’s historic Church to those living here.

After fifty years we should ask, (a) has this happened, and (b) why or why not?

Consider the Orthodox Christian mission of 1794, the first formal mission to North America:

– the first missionaries were monks, most of whom spent their lives in secluded prayer, and ended up having almost no contact with North American people;

– few of the missionaries were priests;

– most of the missionaries died at sea;

– Saint Herman – a surviving lay monk whose glorification in 1970 as the first North American saint of the Orthodox Church we also commemorate in 2020 – was left behind, alone, in a remote native village, where he quietly lived out his Orthodox monastic calling and witness for several decades, before dying in Alaska in 1836. He “converted” no one, as far as we know.

Saint Herman is indeed the most appropriate example of an Orthodox missionary: he was alone, his “missionary infrastructure” was reduced to nothing when all his companions were killed at sea, and – perhaps most importantly – he was not a priest. As the first saint of this land, his witness emphasizes to us the first principle of missionary labour: the witness of the deep, enduring, and stable Christian life, in contrast to the shallow, passing, frequently transplanted spiritual tourism of modern life.

Second Principle of Mission: Cultivating the Kingdom Within Us

Most of the life of the Orthodox Church in North America has been the story of various transplanted peoples, who have brought the Orthodox Christian faith with them to the New World. History shows that the Orthodox faith cannot simply be “transplanted”, however: it must be planted anew in each generation, and in each place.

The arrival of Orthodox immigration should never be mistaken for “missionary” work – although it is fair to say that each Orthodox Christian community has the immense and critical task of internal catechism of its own community members and children, to ensure they receive the faith of their fathers, and that they hold to an unadulterated understanding of Jesus Christ and His Holy Church.

Sadly, there has been much failure on this front. The temptations of material success, status, and acceptance by the secular culture have exerted a seductive effect on most Orthodox communities. Even in areas where so-called “Church schools” have existed, they have too often adopted models foreign to Orthodox spiritual life, with families expecting institutions – rather than homes, families, and especially parents – to teach and transmit Christian life. The result has been a large proportion of Orthodox North America that resembles secular society in outlook, lifestyle, and behaviour, and goals in life. What can such a weakened Church offer to secular society?

In contrast, by God’s mercy, there has also been the flowering of monastic life in small and medium-sized pockets across North America, in many ways showing the fruit of the first saints of this land. These monastic centres have helped people from all cultural backgrounds – both cradle and convert to the Orthodox Church – cultivate the interior life needed to deepen spiritual life, that becomes the real foundation of missionary living.

Far from transplanting the Church (which can never succeed), this second principle of mission – cultivating the Kingdom of God withing each faithful member – becomes the real manifestation of the fruit of missionary work.

Many who come to the Orthodox faith are later surprised to learn the rigor and endurance required to lead an Orthodox life, perhaps as a result of entering into the Church too quickly. (The standard in the early Church was three years, which may be a lesson to our impatient times). Still others enter the Church with a strong sense they have something to “teach” the Orthodox Holy Tradition – they are smarter than the Church Fathers on matters of doctrine, society, and morality. I recently encountered a new convert – wet behind the ears from baptism – who demanded that the reading of Lives of Saints in the Church should be stopped, if they contained martyrdoms perpetrated at the hands of the Ottoman Turks: such accounts were offensive to Muslims, it seemed. It is this kind of ignorance – spoken in plain view of the icons of the martyrs themselves who perished thus – which calls the Church in North America to constantly and soberly re-visit its own roots, and to re-examine its own faithfulness to the normal practices seen everywhere else in the Orthodox Church. The beacon of Holy Tradition must be ever present, if spiritual life in North America is going to continue to not simply grow, but to grow normally and in a healthy way.

Saint John Maximovitch – one of the great and memorable holy fathers of our land – exhorted the faithful to ask the prayers of the saints on the land in which they live. Only then, in a co-operative spiritual effort between those on earth and those standing before the Throne of God in Heaven, can we expect the growth of the Church. Yet for all the churches in North America who commemorate the saints of far-away places, very few mark the feasts of the saints of North America. How many even have their icons?  And how many of our faithful who claim to love the Orthodox faith and to desire to see it spread throughout this land, also make the time to attend the feasts of these saints, to mark liturgies for them, and to pray their Akathists in their homes? Our spiritual seriousness is not measured in words or ideas, but in deed.

Each place on God’s earth offers its unique character to missionary work: some soil will receive the seed of the Gospel more easily than others. The great spiritual shepherd, the late Archbishop Dimitri (Royster) of blessed memory oversaw a flourishing of Orthodox Christian missionary work in both English and Spanish in the American South. His flock recognized his God-given gift as a missionary; he had also been planted in the midst of the American Bible Belt, where everyday Americans are very open to the subject of spiritual truth in general, and Christian truth in particular.

By contrast, Canadian sociologist of religion Reginald Bibby states that one of the key characteristics of Canadians is their unwillingness to openly discuss spiritual topics, and their almost impermeable resistance to religious conversion. It should surprise us – and inspire our faith in God – that missionary parishes in all-too-secular Canada have multiplied five-fold in the last twenty-five years. These are still afflicted by what one writer has called the spiritual disease of “convertitis” – the loss to the Church of 50% of converts within five years, and almost 90% leaving the parish in which they were received into the Orthodox faith.

Individualism still rules the day. Yet the Holy Spirit does not abandon the Church.

The growth of Orthodox Christianity in the western world will only occur through the sustained, stable, enduring witness of individual faithful who plant themselves in one place, and labour fervently in the Orthodox life, keeping the fullness of Holy Tradition without catering to personal whims and tastes. This is exactly the path faced by North America’s first holy one, Saint Herman, three centuries ago, and it is exactly where we will continue to see the fruit of the Holy Spirit in years to come.