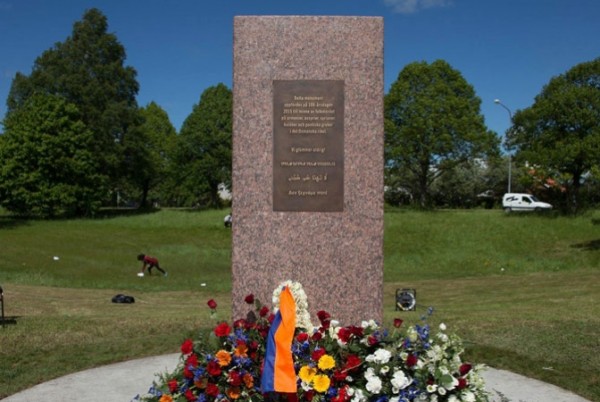 When serving as a MP in the Swedish Parliament, Murad Artin, from the Left Party in Örebro, initiated the process to get Sweden to recognize the genocide of Armenians, Assyrians, Syriacs, Chaldeans and Pontic Greeks in the Ottoman Empire.

“The Left Party in Örebro and I proposed a motion of a memorial in 2007. Many years have passed, but it is a great honor to participate in the inauguration of the memorial,” said Murad Artin who is of Armenian origin.