From the Church’s View: Lessons of St. Nicholas 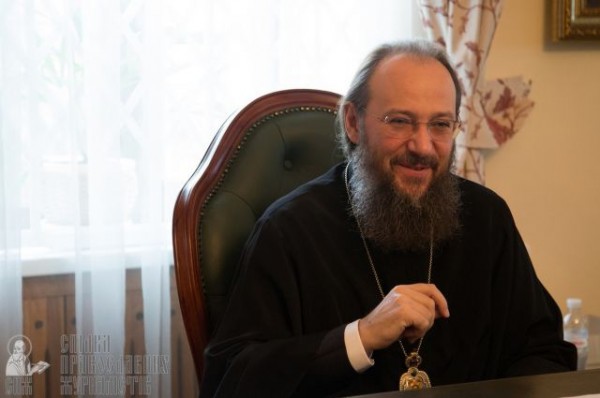 Tomorrow, on Saturday, we will celebrate the feast day of St Nicholas Archbishop of Myra in Lycia. This amazing man has become one of the most beloved and revered saints in our native land. In him is a boundless compassion for others and an intense faithfulness to God. There are scores of instances from his life that are striking evidence of this. 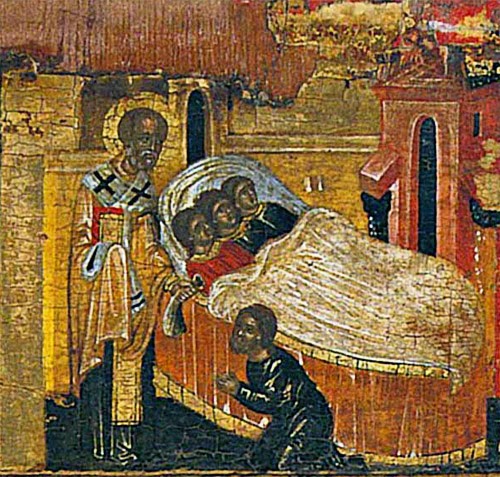 In Patara, there lived an impoverished merchant who had three daughters. Lack of money for a dowry prevented him from giving them into marriage. The desperate father decided on a terrible thing — to sell the honor of his daughters to get badly needed money for his family. Fortunately, St. Nicholas vigilantly followed the lives of his flock. Upon learning of the merchant’s plan, he decided to save him from spiritual death. Three times, over the course of a few days, Saint Nicholas went to the poor man’s house at night and secretly threw him bags of gold. The kindness that was demonstrated not only allowed the father to give his daughters in marriage, but moved the merchant to actively help the needy when his business recovered.

No less famous is the account of how St. Nicholas saved three citizens of the world who were convicted to death by the slander of enemies. The Saint saved them right before the very moment of death. He snatched the sword from the hands of the executioner, and commanded him to release the innocent. His authoritative command was not contradicted. It was clear to all that what was happening before their eyes was the will of God.

Finally, it is worth remembering the tradition which says that during the meeting of the Council of Nicaea, St. Nicholas could not tolerate blasphemy and struck Arias on the cheek —a heretic who rejected the Divinity of Jesus Christ.

What important lessons can be learned from these accounts?

First – do not delay in providing support to those in need.

Second – do not judge others, because it may be that your “righteous anger” burns over a fire fueled by gossip, slander, and defamation.

Third – do not be afraid to steadfastly and zealously defend your faith, because very often it is silence that betrays God.