Meeting of the Interreligious Council of Russia Takes Place in Moscow 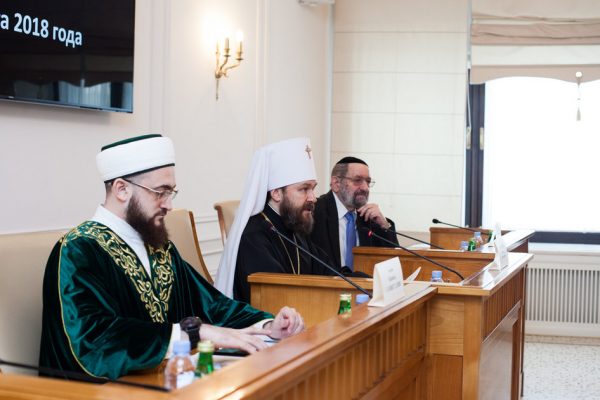 A regular meeting of the Interreligious Council of Russia (ICR) took place at the premises of the Ss Cyril and Methodius Theological Institute of Postgraduate Studies in Moscow on March 27, 2018.

Among those taking part in the meeting were members of the ICR presidium Metropolitan Hilarion of Volokolamsk, chairman of the Moscow Patriarchate’s Department for External Church Relations (DECR); Mufti Kamil Samigullin, chairman of the Spiritual Administration of Muslims of the Republic of Tatarstan; chief rabbi of Russia Adolf Shayevich (Congress of Jewish Organizations and Associations of Russia) ; and Rev. Dimitry Safonov, ICR executive secretary and DECR secretary for interreligious relations.

All the participants observed a minute of silence in tribute to the Kemerovo shopping mall victims.

The first item of the agenda was a formation of the ICR regional branch offices in Tatarstan and in the North Caucasus with the aim to oppose extremism and terrorism and enhance interreligious cooperation.

Metropolitan Hilarion reminded the audience of the terror attack in Kizlyar, Dagestan, and of the ICR statement, saying: “We must state again loud and clear that all those who engender the life of people are the servants of Satan even if they cry out God’s name… Collective responsibility of our communities has become even greater, and we ought to display vigilance and help one another in safeguarding our flock from terrorism.”

The DECR chairman underscored the importance of coordination of efforts of religious communities especially in the regions with an advanced threat of the extremists’ return. “We should learn to discover and neutralize Satanists thus preventing them from committing atrocities.” He added that comprehensive religious education was necessary to achieve this goal so that our citizens, competent in the teaching of traditional religions, will never succumb to the terrorist ideology disguised under a religious mask. 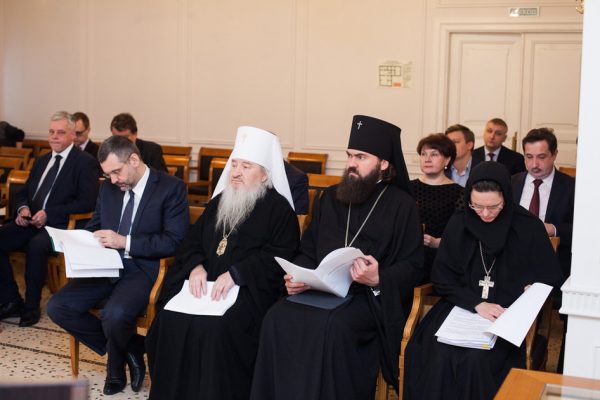 The importance of cooperation of the Interreligious Council of Russia with the state structures aimed at the working out of recommendation for enhancing the level of protection of religious buildings with the interests of religious organizations taken into account was emphasized.

It was decided to hold the 2nd All-Russian scholarly conference “Theology in Humanities Education” next autumn and invite participants from abroad.

Resolution was adopted at the end of the ICR meeting.