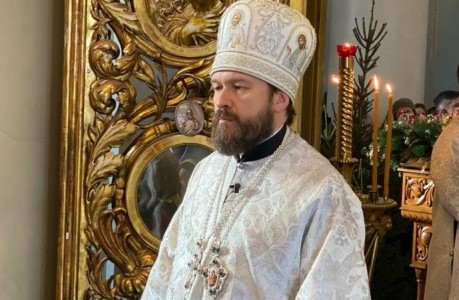 For many centuries, Christians lived together with representatives of Islam on the Syrian land, but the invasion of terrorists, who at the beginning of the war in Syria started to seize cities and villages, caused a very serious imbalance in these centuries-old relations, said Metropolitan Hilarion, Chairman of the Department for External Church Relations (DECR) of the Moscow Patriarchate, in the program “Church and World” on the TV channel “Russia 24”, reports the official website of the DECR.

Metropolitan Hilarion recalled that during this difficult period, terrorists mercilessly killed Christians or expelled them from their homes. Unfortunately, some local Muslims were also directly or indirectly involved in this, which “greatly undermined the trust of Christians even in their Muslim neighbors, at least in some places.”

“I was told about this in Syria when I came there,” the hierarch stated. He is confident that great efforts are required in order to restore trust now.

In his opinion, “a very large program is required not only to restore housing infrastructure, destroyed churches, monasteries, mosques and other religious buildings, but also a program aimed at restoring trust between Muslims and Christians, so that Christians could return to their homes and live again in peace and harmony with their Muslim brothers and sisters”.