More than 300,000 Russians queue to see relics of St Nicholas 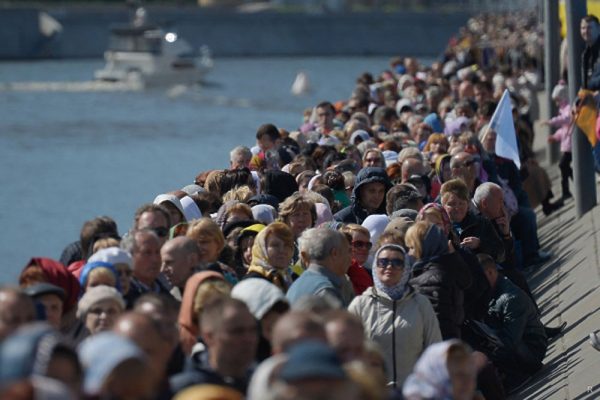 MOSCOW: In the three weeks since St Nicholas came to Moscow, more than 300,000 people have stood in huge lines for up to 10 hours to visit a gilded ark thought to carry his bone fragments. Yet the queues stretching down the Moscow River embankment from Christ the Savior Cathedral are something of their own marvel.

The massive turnout to see the saint’s relics, which are on loan from their home in Bari, Italy for the first time, underline how strongly the Orthodox Church has become a part of Russians’ sense of themselves a quarter-century after the collapse of the officially atheist Soviet Union.

“It was tough, but you got a chance to think about your life, all the problems and the sins you have committed,” economist Svetlana Dzhuma, 24, said after exiting the cathedral in a state of elation.

President Vladimir Putin, who says he was secretly baptised in the Russian Orthodox Church as an infant, paid his respects to the relics on the day they arrived in Moscow, where photos of him kissing the ark were widely featured in Russian media. 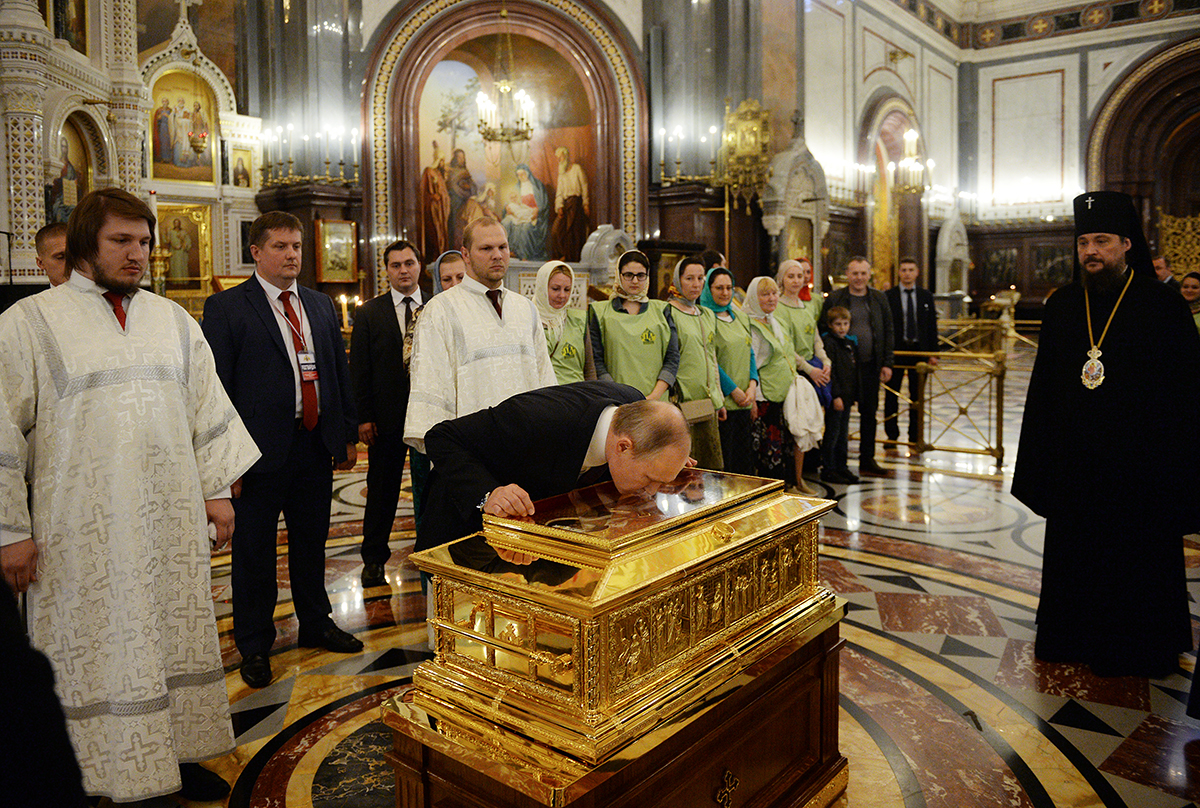 Although Russians remain predominantly secular and have opposed church-backed initiatives such as a ban on abortions or public school classes on Orthodox Church teachings, the overwhelming majority of them strongly identify as Russian Orthodox.

Nicholas, who died in 343, never set foot in the territory that became Russia. But he has become the Russian Orthodox Church’s most popular saint, credited with miracles and with preventing catastrophes in Russia. His prominence in the church has made the relics something of a must-see even for people who are not regular church-goers.

Russia has witnessed a Christian revival since the crumbling Soviet state began to loosen its grip on religious life in the late 1980s. The percentage of Russians calling themselves Christian Orthodox shot up from 17 percent to around 77 percent, Lev Gudkov, director of the independent Levada Center polling and research organization, said.

However, roughly 40 percent of those who identify as Orthodox Christians say they do not believe in God or eternal life, and the number of churchgoers who take communion is stable at around 7 percent.