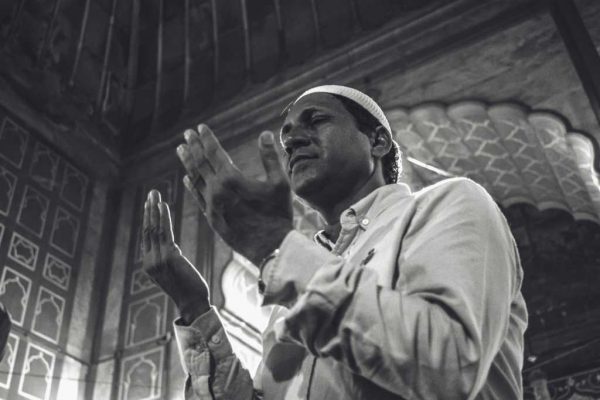 A Muslim Egyptian man who planned to murder his Christian cousin has revealed his story of miraculous conversion.

In a tale reminiscent of the Apostle Paul’s supernatural encounter with Jesus on the road to Damascus, “Mostafa” told Open Doors USA that his family had ordered him to execute his own cousin because of his devout faith in Jesus Christ.

Honoring his family, he thought, meant that he must complete this murderous task. So, one day, his cousin, “Mohammed,” was sitting in church listening intently to a sermon. Mostafa crept in the back and sat lying in wait for his time to strike.

But then, something supernatural occurred. Mostafa realized that he was not remotely offended by the words of the minister, nor was he repulsed by the voices raised in worship to Jesus. In fact, his heart was stirred by the whole experience. Quickly, he realized that killing his cousin was an impossibility, and he decided to confess to Mohammed on the spot.

“I came all the way from our family’s village to spy on you and see if you had indeed become a Christian,” he said, with tears streaming down his face. “I should inform your family about what I saw, but I just can’t. I think the choice you made might have been the right one. Can you tell me more? Why did you leave Islam for Christianity?”

Mohammed immediately swept Mostafa away back to his home and began explaining the Gospel to him. The pair spent the entire evening conversing about the life and promises of Jesus Christ. Finally, Mostafa decided he needed to get some rest after what had been an exhaustingly emotional day.

But God wasn’t done with him yet. As he slept, he had a dream. Jesus appeared to him on the cross and said, “I did all of this because I love you, and I want you to be free from your sins.”

The next morning, Mostafa rushed out of bed and asked Mohammed to pray for him. Mohammed immediately began to confess and promise his life and love to Jesus: “I planned to kill my cousin, your follower,” he said. “But now I am prepared to give my life for You myself.”

A month later, Mostafa was baptized, with his cousin and best friend by his side. He has now vowed to walk with Jesus all the days of his life.

However, due to the severe and deadly ramifications of converting to Christianity in a Muslim-majority country like Egypt, Mostafa has had to keep his conversion story a secret from his own family. He and Mohammed study the Bible together, pray and hold secret meetings. Only when they feel it is safe will they share the Gospel with those close to them. This level of persecution and risk is common for believers in countries where believing in Jesus is offensive and blasphemous to most of the population.

May God give these two men strength as they walk in the spirit and seek to honor their Lord with everything they have.