Source: OrthoCuban
Christians in the USA face a couple of quandaries. On the one hand, they are completely correct when they see Christianity as being the most persecuted on the world stage. On the other hand, in the USA and in several other countries, we are far from being persecuted.
Priest Ernesto Obregon | 05 August 2014 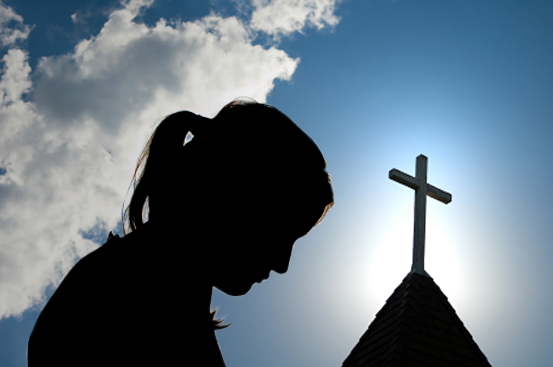 Most people in the West would be surprised by the answer to the question: who are the most persecuted people in the world? According to the International Society for Human Rights, a secular group with members in 38 states worldwide, 80 per cent of all acts of religious discrimination in the world today are directed at Christians. …

All this seems counter-intuitive here in the West where the history of Christianity has been one of cultural dominance and control ever since the Emperor Constantine converted and made the Roman Empire Christian in the 4th century AD.

Christians in the USA face a couple of quandaries. On the one hand, they are completely correct when they see Christianity as being the most persecuted on the world stage. On the other hand, in the USA and in several other countries, we are far from being persecuted. In fact, there are some Christian movements in the USA that can give rise to the idea that we are unwilling to allow full human rights to non-Christians. Think of those “good” Christians (no, they are not good) who try to stop the building of mosques or Hindu temples, etc., in their city or neighborhood and who base their reasoning on religious grounds. Or, think of the Christian parents in every part of the USA who insist that libraries must not stock books with which they disagree, or lend any books to minors with which they disagree. They will also insist that schools must not teach any subject with which they disagree.

This cultural dominance in the USA makes it hard for Christians in the USA to communicate that in most of the non-Western world, Christians are persecuted in the most physical and violent of ways. Some of you will undoubtedly point to the decisions on abortion and gay marriage as signs of persecution. However, it must be noted that there is a wide difference between not getting our preferences and being persecuted. We are not yet persecuted; we are merely inconvenienced. The Hobby Lobby decision, the Wheaton decision, and the overturning of laws that kept anti-abortion protesters far away from any abortion clinics point to the fact that we are not without great influence in this country. In other words, we win some and we lose some. But, in many countries in the world, we lose every time.

It is important for us as Christians to consider our rhetoric. We need to make sure that the world clearly sees that we are being persecuted more than any other religious group. But, we will never convince the world of that if we use excessive words to describe the USA experience of being inconvenienced in the Western World. [Note:  just because you lose a court decision does not make you a persecuted saint. Sometimes it means that you were plainly and simply wrong in your contentions.] We will only convince the world of the need for religious freedom if we recognize to the world that we have great religious freedom in this country, to the point that (at worst) we are merely inconvenienced. In fact, we need to admit that sometimes our fellow believers do not even agree with, or support, our position.

For instance, I would have no problem with a law removing the religious exemption from children being vaccinated. It is an exemption that has been vastly overused and that has vexed many a pastor who will have members of his congregation who claim his church as the reason for their opposition to vaccination. We force the children of Jehovah’s Witnesses to receive transfusions (if so medically needed) until they are adults and may choose for themselves. No Evangelical has mounted a great campaign in support of JW freedom of religion to deny blood transfusions to a child. In the same way, I would have no problem in forcing Evangelical children to be vaccinated until they are adults. What is good for the Jehovah’s Witnesses goose is good for the Evangelical gander.

The one exception to the rule would be abortion. To orthodox (theologically conservative) Christians, abortion is a great evil and a great horror. It is more than an inconvenience to us.

But, here is the bottom line. Let us be careful in our rhetoric. Let us reserve the word, “persecution,” for those instances of true physical persecution in various countries. Our brethren are dying. Let us honor them by labeling them martyrs without using the word “martyrs” for our inconveniences. And, then, let us work to bring relief to them by putting pressure on various international bodies, lobbying our Congress to cut off funds to any country that persecutes us, and ensuring that human rights are an important part of our ethic. We can deal with our inconveniences the next time we go to elect members of Congress.