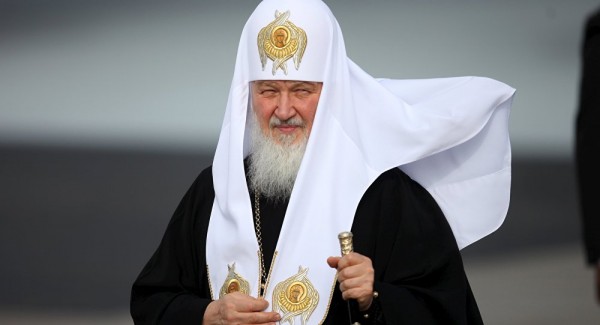 The head of the Russian Orthodox Church had held a historic meeting in Havana with Pope Francis early in his trip, but on Sunday he presided at Mass in the Antioquina Metropolitan Orthodox Cathedral in Sao Paulo.

At the three-hour ceremony, Kirill said that Brazil can successfully build a just society, but only if it unites the power of knowledge, education and technology with that of prayer and faith to end poverty and raise the public’s quality of life.

The patriarch also once again expressed his concern about Christians currently being persecuted in the Middle East and warned that a lasting peace is linked to justice and not to violence.

“War and violence will never achieve lasting peace. Lasting peace is always associated with justice,” he said in his sermon on Sunday.

Before departing for Moscow from Sao Paulo with his delegation, Kirill had been scheduled to visit the Russian Orthodox Church of Our Lady of the Annunciation, located in the Ipiranga neighborhood.

Brazil, which has between 3,000 and 4,000 Orthodox faithful, most of them immigrants who have settled in Sao Paulo state, was the final stop on Kirill’s Latin American tour, which also took him to Paraguay, Chile and Cuba, where on Feb. 12 he held an historic meeting with Pope Francis and also met with former Cuban President Fidel Castro.