Patriarch Kirill, “Reunion between the Archdiocese of Russian Tradition Parishes with the Mother Church Has Become Possible Thanks to Profound Changes in the Life of Russia and the Russian Church” 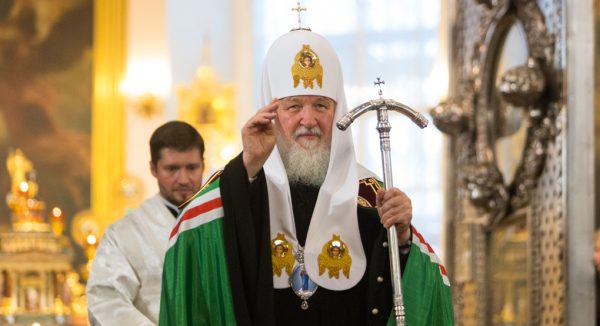 His Holiness, Patriarch Kirill of Moscow and All Russia, commented on the results of the meeting of the Russian Orthodox Church Holy Synod on October 07, 2019.

“Today the Holy Synod has made a historic decision,” said His Holiness, Patriarch Kirill. “The Archdiocese of parishes of the Russian Traditions with the center in Paris has joined the Russian Orthodox Church. Until recently it was under the jurisdiction of the Patriarchate of Constantinople.”

“The Archdiocese was part of the Russian Orthodox emigration, which emerged from the revolution and the civil war. The “Parisian” church emigration has gone through a very difficult path: starting from the confrontation with the Russian Church due to political circumstances, and ending with making a decision to join the Moscow Patriarchate,” confinued the Primate of the ROC. “However, we all have gone through the same path. And the reunion was possible not only because many things have changed in Western Europe, but also because many things have changed in the life of our country and our Church.”

“First of all, I would like to congratulate our brothers and sisters in Western Europe, and indeed all of us, with the reunion with the part of the Russian Church, that remained separate with its Mother until recently,” finished His Holiness, Patriarch Kirill.