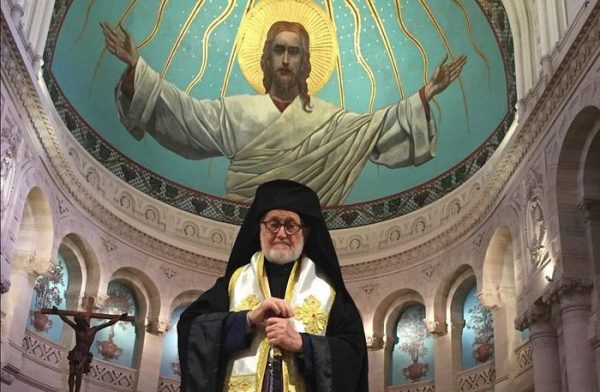 On September 14, 2019, the Holy Synod considered an appeal from Archbishop Ioann (Renneto), head of the Archdioceses of Western European Parishes of Russian tradition, to consider the desire of a majority of the Archdiocese’s clergy and parishes to preserve its existence through accepting it in the jurisdiction of the Russian Orthodox Church and asked for the entry in canonical communion with the Moscow Patriarchate together with those clergy and parishes who wish to follow him. Archbishop Ioann also informed the Holy Synod that an assembly of representatives of these parishes would take place in the nearest future to send their proposals on the canonical form of their organization to His Holiness the Patriarch and the Holy Synod.

Having considered this appeal through remote connection, the Holy Synod resolved (Minutes No. 122):

The Archdiocese of Western European Parishes of Russian Tradition was founded in 1921 when the Most Rev. Archbishop Eulogius (Georgievsky) was charged with temporary administration over Russian churches in Western Europe by a decree of St. Tikhon, Patriarch of Moscow and All Russia, the Holy Synod and the Supreme Church Council.

Due to historical circumstances, in 1931 the parishes headed by Metropolitan Eulogius were temporarily accepted as an exarchate in the jurisdiction of the Patriarchate of Constantinople, while Metropolitan Eulogius stressed that ‘it is only a temporary interruption of official administrative relations’ until ‘the generally recognized central church authority and normal conditions of life are restored for the Russian Orthodox Church’.

In 1945, Metropolitan Eulogius and his two vicars – Archbishop Vladimir and Bishop Ioann appealed to His Holiness Patriarch Alexis I to accept them together with their parishes to canonical unity with the Russian Orthodox Church. On September 7, 1945, the Holy Synod resolved: ‘Having thanked the Lord God, we consider Metropolitan Eulogius and his vicars – Archbishop Vladimir and Bishop Ioann with all the 75 parishes to be united with the Mother Church and accepted in the jurisdiction of the Moscow Patriarchate and the Exarchate of Western European churches to be hereinafter preserved in its existing boundaries and headed by Metropolitan Eulogius as Exarch of the Moscow Patriarchate on the basis set forth in the respective Provision on the administration of these churches’.

However, after the demise of Metropolitan Eulogius in 1946, a considerable part of his clergy and flock decided to reunite with the Patriarchate of Constantinople.

On November 27, 2018, the Synod of the Patriarchate of Constantinople made a decision to dissolve the Archdiocese.

On September 14, 2019, Archbishop Ioann (Renneto), head of the Archdiocese, sent to His Holiness Kirill, Patriarch of Moscow and All Russia, the above-mentioned appeal informing him that during the extraordinary assembly of the Archdiocese, a majority of voting clergy and laity ‘spoke in support for the project for canonical joining the Moscow Patriarchate as it was drafted at meetings of the joint committee’ which worked throughout 2019. In the same letter, Archbishop Ioann asked to accept him, together with the communities of the majority of those who voted at the assembly, ‘in canonical communion and unity with the Moscow Patriarchate to ensure the continuity of ecclesial, liturgical and sacramental life of the Archdiocese of Western European Parishes of Russian Tradition’.