In honor of the fifth anniversary of the Patriarch’s enthronement, we have chosen twenty lucid fragments from his sermons, speeches, programs, and interviews. Continued from part four. 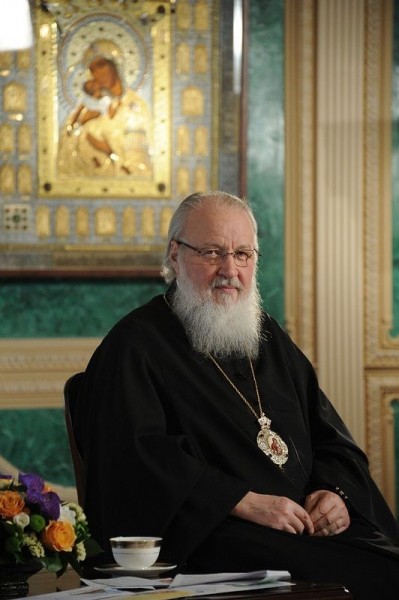 “We sometimes treat our bodies disparagingly. We destroy it with bad habits, inclinations, and sins – the very same to which the Apostles were called to repentance on the day of the Ascension.

“We destroy our body, the very same that is really connected with the Savior’s body, because the entire human race is connected with one nature and we can trace the threads that connect us to one another, going back to our forefathers and our ancient ancestors…

“The clashes that recently took place in the Moscow neighborhood of Biryulevo show the deafness of those in power to the needs of the people, the reluctance to seek joint solutions to the problem of excessive migration and the crime associated with it, as well as the sometimes defiant behavior of immigrants who have already reduced the situation to the brink of a critical point. If the position of the Russian majority will be further ignored, the only beneficiaries will be the destroyers of Russia, provocateurs from both sides, who do not abandon their attempts to bump the heads of ethnicities and religions.”

“Sometimes we are told: you give money to the wrong people. A poorly dressed person comes up to us and says that his money has been stolen and that he cannot make it home on the train. Voices say: do not give him any money, he is a drunk, he will spend it on drink, he did not lose any ticket. But we should not listen to this voice – we should respond. Perhaps not as much as he is asking, but enough as we can, because a sacrifice given from the heart can awaken the conscience of someone who he is cheating. I know of many cases when people later came and repented, saying that a little help turned around their lives and that they understood that people are capable of belief and support, and of sinful it is, of how difficult it is, to deceive those who lend a helping hand.

“Of all the good deeds that you perform here, I paused on this one inasmuch as it often turns out that we do not show such simple help. I would like to say again: none of us is compelled to respond to 100% of all such requests, especially if there is doubt. But even by giving less than what was asked, we are doing in good conscience what we should do.”

“When priests appear at the barricades and incite the people, this is not the Church’s message. Of course, the message of reconciliation can be annoying to agitated people: ‘What are they saying? It’s always the same thing.’ But this is the same saving word of God: ‘Peace I leave with you, My peace I give unto you.’ ‘If you can, keep peace amongst yourselves,’ says the Apostle Paul. This means that the Church cannot have another message.

“Today I also make this appeal, if anyone is listening to me in Ukraine, that people need to collect themselves, to focus. This does not mean that I am calling upon people to reconsider their political viewpoints. After all, the Church has never associated itself with any particular geopolitical project. If it were so, then the Church would not exist. The Church bears the word of reconciliation, it appeals to the human soul, it should help people in these difficult times to collect themselves and focus. And, perhaps, to lay the groundwork for dialogue that could help resolve the problems that today stand before Ukraine.”